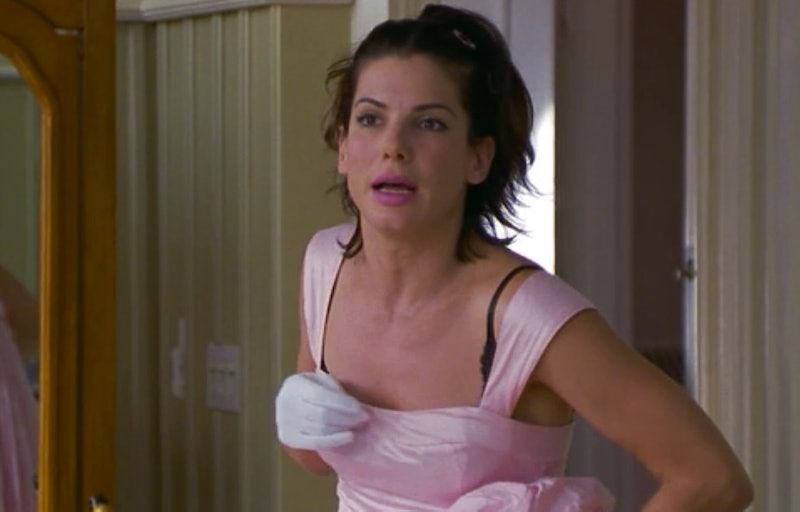 Ah, the visible bra strap. It’s something we’ve all contended with over the course of our lives. Whether you see them as a necessary evil or a fashion statement, visible bra straps are a divisive entity. You either love ‘em, hate ‘em, tolerate them, or plain just don’t care that your straps are showing. Beyond your own sartorial life struggle, pop culture has provided us with a rich history of visible bra straps. From the shoulders of Carrie Bradshaw to Gwen Stefani these straps taunted 3rd grade boys everywhere, saying “You can’t snap what’s on TV!” Its renditions ranged from “messy” to “wrong side of the tracks” to “too badass to handle” and in all its forms it was…. definitely noticeable.

Sure, there’s a continuum of bra strap efficacy. For instance, Amy Winehouse would not have been herself if her straps didn’t chronically pop through the sleeves of her tank top. She unequivocally wins the bra strap game. However, Avril Lavigne’s visible straps were yet another detail along with her studded bracelets that connoted "poser." Strap merit aside, the fact remains that we all shared the visible bra strap as a cultural experience. Without further ado, here are 10 of the most memorable visible bra straps of pop culture—ranked.

She crashed the mall, hung with the boys, and rocked out with her straps out. But just like Avril's tie and her weird striped arm-warmer, the straps felt like a front. While she gets honorable mention, Lavigne lands at the bottom of the list for lack of sincerity.

Sandra Bullock's character Gwen in the rehab-centered dramedy 28 Days was a wreck in all senses of the word. She showed up drunk, late, and disheveled to her sister's wedding, and the visible bra was a dead giveaway. #Messy.

Oh Gwen, Gwen, Gwen. You were so stylish and badass with your hot pink bra under your knit tank. Please show us how to culturally appropriate visual signifiers of being a tough broad from the streets.

Natasha Lyonne's "Maidenform under halter" look was all part of her coming of age.

This bitch and her visible bra straps got stuff done.

4. Amy Winehouse — All the time

She was the gin joint nightingale of our generation. The bra straps were a package deal and she wouldn't have wanted her any other way. RIP, baby girl.

I mean, c'mon. Her spirit animal is a visible bra strap.

Those straps aren't staying on her shoulders for any religious institution.

For Bradshaw, the visible bra strap was a lifestyle choice rather than a wardrobe malfunction. Bra cameos were just as big a part of her character as those godawful puns. Our hats off to you, Carrie — you demolisher of oppressive fashion faux pas!

Us too, Carrie. Don't ever let 'em hold your straps down!