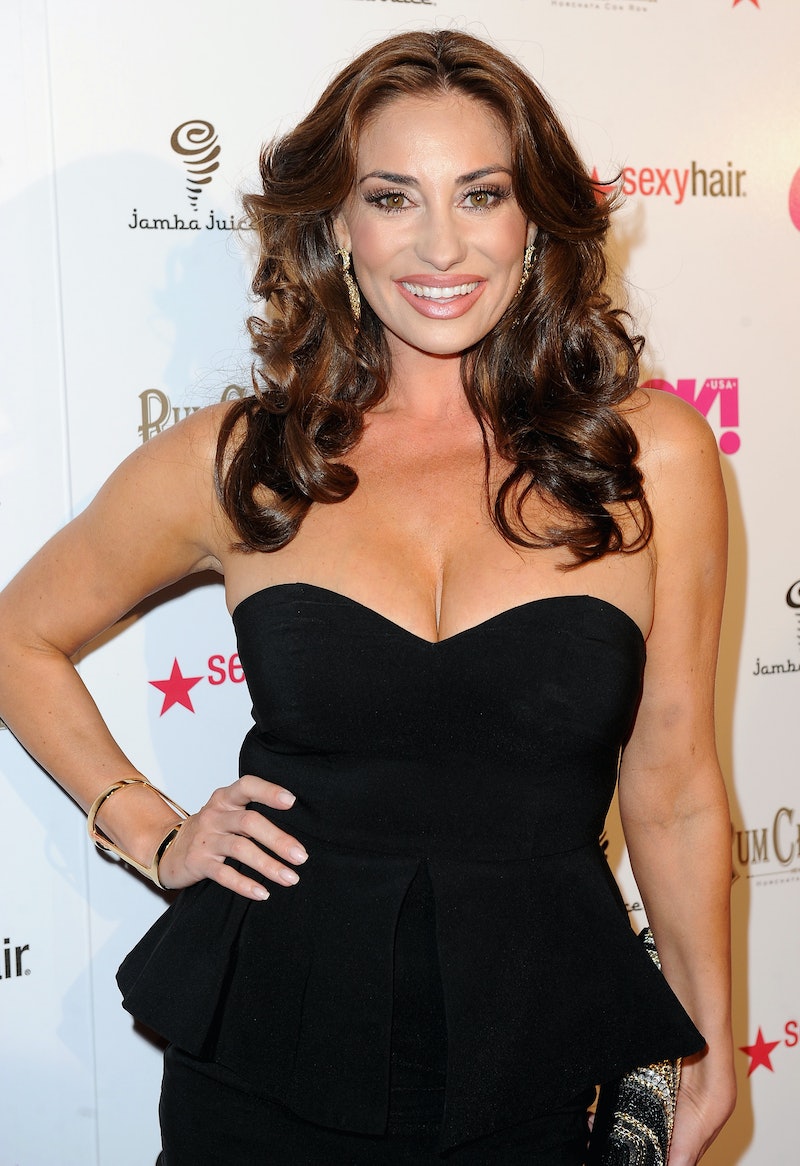 As one of the new additions to this season of Real Housewives of Orange County, Lizzie Rovsek looks like a Southern version of Princess Jasmine, used to be a beauty queen but now is a wealthy entrepreneur, and has a refreshingly calm demeanor. Unfortunately, that also means she's totally wrong to star on a Bravo franchise.

While Lizzie is a likable and sane presence, she might just be too boring for this show. Shannon had to be pushed halfway to a nervous breakdown to cement her place, and while the resulting episodes have been way more entertaining than Lizzie’s storylines, you can’t help but feel bad that the high-strung Shannon is being hung out to dry week after week. But that's the only thing that's made her a Housewives star. Lizzie, meanwhile, can't get anyone to show up to her birthday party, and she rented the kind of party bus that has stripper poles. Stripper poles are like catnip to Bravo Housewives!

The trailer for the upcoming Monday night episode makes it seem like every single member of the cast is "sick" and no one comes to the party, but in a different teaser Lizzie says that Vicki showed up, and the two hung out for a fun birthday night. Vicki's been quick to make up with Lizzie after the two initially got off on the wrong foot, but it hasn't been enough to get the rest of the ladies on board. Maybe they know what's obvious: there are just too many reasons why Lizzie isn't a good fit. Here are some examples.

Her Kids Are Cute and Well Behaved

Real Housewives’ kids are frequently cute, but they’re all, almost without exception, spoiled rotten brats. Lizzie and her husband have their hands full with these two boys, but they're doing a great job raising them and would certainly be capable of adding a third if they decide they want to.

Her Business Is Actually Successful

While it's easy to laugh at the idea of Lizzie being overwhelmed at the time it takes her to sketch bikini designs, she actually seems to know what she's doing. Her bikinis look like, well, bikinis, but nicely-made ones that she's able to sell to a very snobby Orange County boutique. And she talked about them confidently, not like a typical C-List celebrity who shows up to shill a product and then never seems to work on it.

Her Husband Isn't a Creep

The number of totally decent Real Husbands can be counted on one hand. There's Heather Thompson's, Lisa Vanderpump's, and… that's about it. Lizzie's husband, Christian, always looks a little disheveled, but more than makes up for it by supporting his wife's work on the show and with his sarcastic sense of humor.

She's Not the Right Age

Seriously! She's at a different place in her career, family, and life than the rest of these women. They're staring down their children starting their own families, not dealing with infants. That's really one of the charms of the show; it's an ode to these women at a specific phase of their lives. Lizzie is slaying her 30s, but she's not one of their peers.

The only way Lizzie will be able to save herself from being cut like Lydia from last season is by joining the onslaught against Tamra and riding the wave of self-righteousness that’s powering Shannon, Vicki, and possibly Heather to turn on her. But until then, Lizzie — start putting your birthday parties on Facebook. Makes it a lot easier to collect those pesky RSVPs.