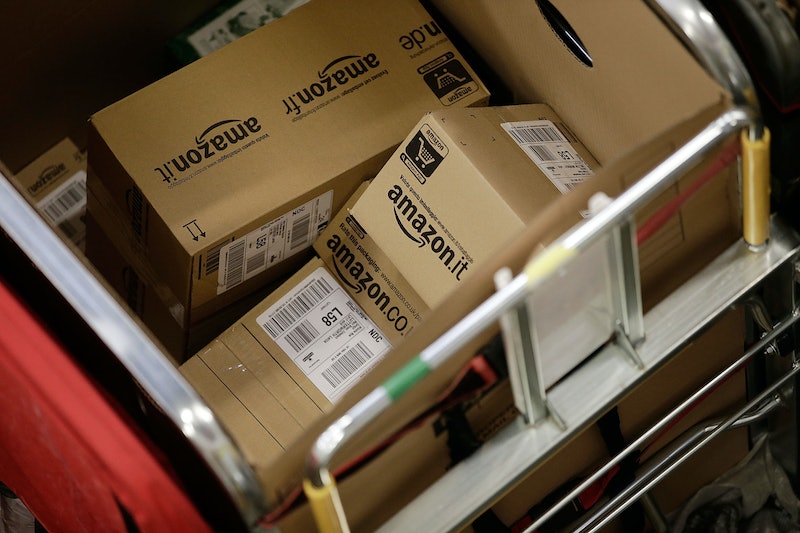 As the world watches, Amazon and Hachette's feud stretches on, and now the dispute seems to possibly be hurting Amazon's business. Although the online mega-retailer has been doing everything they can to control their image, from cozying up to authors to actually letting their executives speak on the record, lots of people appear to be buying less from Amazon in response to the dispute. I guess I'm not the only one who finds Amazon's demands a little shady.

According to a new survey of 5,300 book buyers, consumers are surprisingly aware of the dispute: More than 39 percent said they knew about the issue. Since Amazon was the one who made what should have been secret trade negotiations quasi-public by openly messing around with Hachette books sold through the site, Amazon really has no one but themselves to blame for that.

And it seems that they should be kicking themselves: the survey also reveals that 7.5 percent of total responders report they are buying less from Amazon as a result of the dispute. Although that rate isn't incredibly high, it's certainly more substantial than the 1.4 percent of book buyers who say the Hachette feud has prompted them to buy more from Amazon.

So where are people buying their books instead of Amazon? According to this survey, most of the business is flowing to Barnes and Noble (either the physical or online stores) and to independent bookstores (long live the indies and their bookstore cats!). So that's good.

Meanwhile, there's another thing to worry about: Amazon's operating losses for the upcoming quarter are now projected at more than $800 million. Yes, that's right, operating losses. It remains a complete mystery to me how a company that does billions of dollars in sales every year can fail to be consistently profitable — and how they can continue to receive so much support from the business community anyway. Just. How. How?

The point is that even though customers' reactions to the Amazon/Hachette feud probably isn't a major part of their current deficit, Amazon's bargaining position isn't looking as solid as it did when this whole thing went public more than two months ago. When Amazon first starting upping prices, removing pre-order buttons, and lengthening delivery times on Hachette books, their purpose was presumably to show Hachette how much power they had to affect sales. But months later, Amazon is facing outspoken criticism from many beloved authors and consumers who are taking sides by brining their business elsewhere. And these problems will most likely only continue to get bigger the longer the dispute drags on and the more people hear about it.

It seems that even though Hachette is probably losing money as a result to Amazon's tactics, it's Amazon that is clearly not faring so well in the battle for public opinion. And given that they clearly have much bigger issues to deal with — like an $800 million sized hole in their profit margin, eek — their best bet at this point may be to end this quickly, even if it means Hachette doesn't give them what they want.