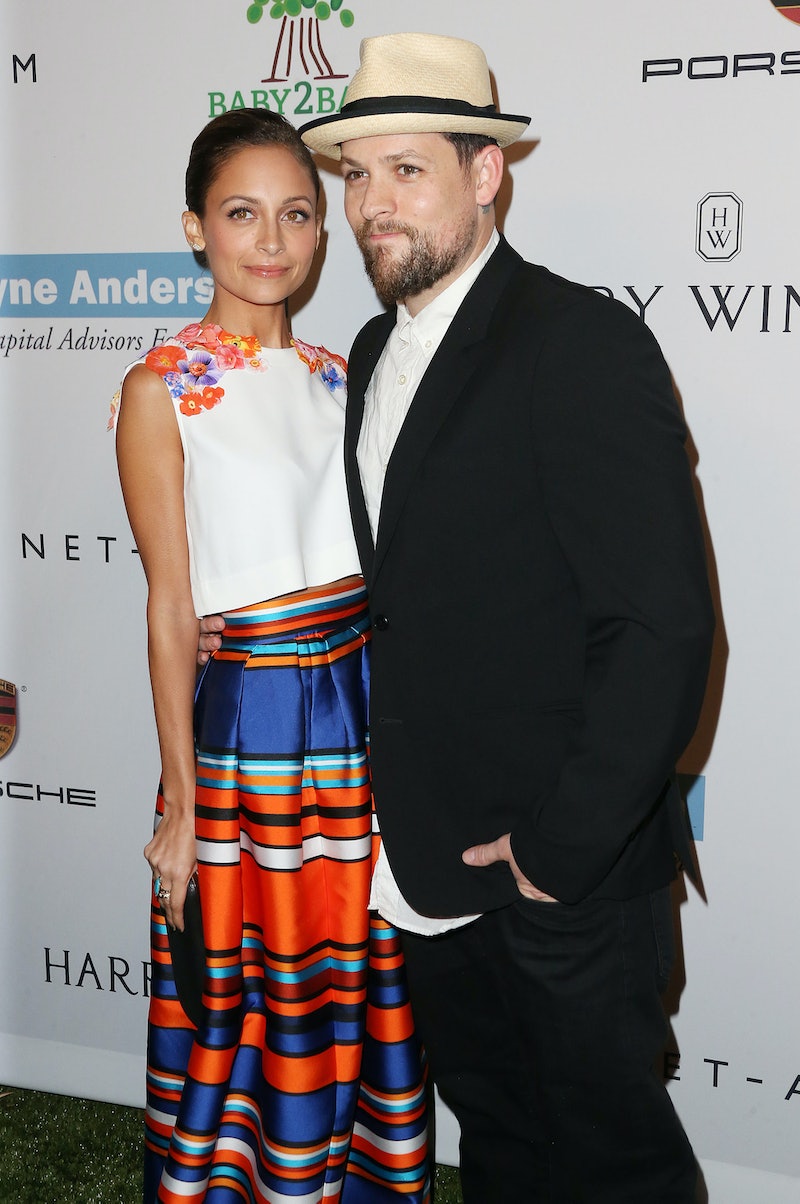 Nicole Richie and Joel Madden: yes, they're still together, and yep, they've been married for three and half years. Damn. Apparently, Good Charlotte was slightly off with their criticism of the "Lifestyles of the Rich and Famous" — these two seem to be doing a-okay. In fact, Richie recently chatted with Oprah (OPRAH!) about her marriage, and told Lady O the hardest, and easiest, parts of her relationship. Pray tell, Nicole.

The often candid Candidly Nicole star told Oprah that both the painless and painful parts of their marriage involve dealing with the fact that both of them were raised in families with divorced parents, so neither of them has a working model for a healthy, happy relationship. However, since they're committed to the relationship, it's all good. And you can't lie when you're talking to Oprah (lookin' at you, Lindsay Lohan), so she's pretty likely telling the truth.

But since we're on the topic of Richie and Madden's marriage, it makes you wonder what's been going on for the past three and half (plus!) years, right? Wasn't it just yesterday that Richie was starring on The Simple Life? No, that was 2003-2007. But here's what's been happening since then:

The Simple Life had just aired, bringing Richie to the limelight. Meanwhile, Madden was singing this song, that had been released the year before:

And let's face it: you were singing it, too.

At this point, the two were leading disparate lives.

Throughout the run of The Simple Life, Richie continued to make tabloid headlines, but she also had an on-again-off-again relationship with "D.J. AM" Adam Goldstein, including a brief engagement. (He tragically passed away in 2009). But everything changed in 2006 when the two met in December and started dating — Radar Online says that Madden begged Richie to "give [him] a shot" and to just go out on a date with him. Guess that worked.

In 2007, I went as a pregnant Nicole Richie for Halloween — but the real pregnant Richie looked way better than I did while I placed Svedka shots on my fake belly (it was college — what do you want?). And then, in 2008...

And what about Papa Joel? Later that year, Madden said having a first Father's Day was "awesome." However, he told Ryan Seacrest that he wasn't ready for marriage just yet:

I don’t think it’s completely necessary to rush plans and just try to get it done. I think it’s gotta be special, and it’s gotta be the right time. We have a great relationship. Everyone else talks about [marriage] more than we do.

Right, because they had other things to do, like...

People reported that Richie was pregnant again in February 2009, and later announced that she gave birth to her son Sparrow James Midnight in September of that year. After Sparrow was a couple of months old, they decided it was finally time.

Madden proposed to Richie, and then, not too long after...

The two were wed in December of that year, and Richie told People that it was "magical" and "the best night of her life."

2011 — Happily Wed, They Become Your Average Binge-Watching Couple With Kids

Around their one year anniversary, Richie told E! that:

[...]His dream day is probably watching football and playing video games, and my dream day is watching Real Housewives, so maybe that will be our one-year [celebration....] We'll do a game in the day and then Housewives at night.

Your favorite esteemed beacons of journalism like Star Magazine and InTouch Weekly started picking on Madden & Richie, because why not. Madden, however, told Gossip Cop that all of that was BS:

I don’t usually comment on gossip, but seeing as this is something that is defaming my character and the sanctity of my marriage and family, I feel like I have to make something clear [...] I understand the nature of gossip media, and I accept that. However [..] I do understand people’s need to be entertained by creating stories for blogs and tabloids, I take my responsibilities as a father, and as a husband very seriously[ My wife and my children are the most important thing in the world to me.

You tell 'em, Madden. Just hope they listen to you.

Despite even more rumors circulating that the two were spending time apart (duh, Madden had a music career and Richie has her House of Harlow fashion line), the two were not splitting, because...

Of course, there are hard days and easy days, but props to them for succeeding at a marriage despite the issues that come along with being a couple in the spotlight.

You can watch Richie's brief interview with Oprah below, and don't be surprised if you later find yourself on Netflix looking for old episodes of The Simple Life.