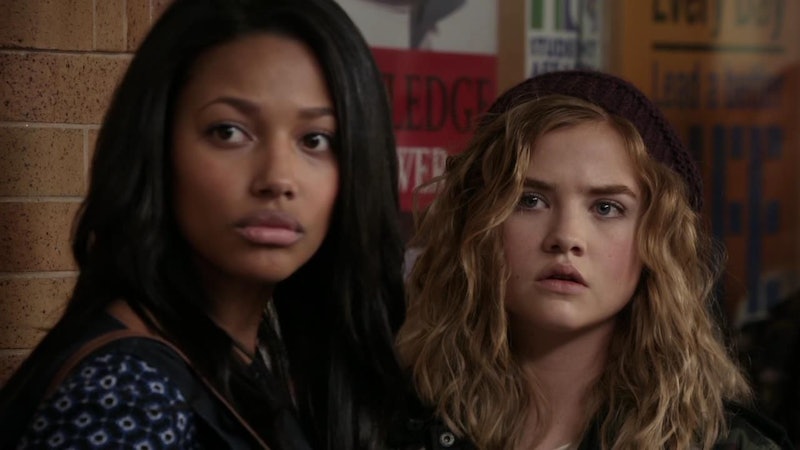 UPDATE: All hope is lost, guys. ABC Family just canceled Twisted. EARLIER: Twisted fans, don't give up hope: Your beloved show isn't dead in the water. At least, not yet. According to ABC Family President Tom Ascheim's interview with TVLine, we'll have to wait until the end of the summer to hear about any new pick-ups for the network — and that includes a second season for the twisty mystery series. It's definitely not a promise of a Season 2 for Twisted , but fans now know when to expect news about a potential renewal. Keep crossing your fingers and sending ABC Family those red jump ropes — right now, fan love may be the only thing that can save the show.

While that might not be great news, it's not the worst news. Ascheim did take a second to say that the network "loves Twisted," which means that, hopefully, the network will give the series a second chance. In fact, waiting to cancel Twisted is actually a good sign — remember, this is the network that cancelled Pretty Little Liars spinoff Ravenswood after a mere eight episodes due to low ratings. Twisted received similar ratings to that of Ravenswood, which isn't a great sign, but the fact that it hasn't yet been outright cancelled means that fans still have some power to prove that Twisted is worth keeping around on the network — and that there's enough of them to boost the ratings in Season 2.

Twisted's head might be on the chopping block, but it does have some things going for it. The first is that Twisted is currently available on Netflix. The series may have received low ratings in its first run, but it could gain some fans who watched the series online. New fans of the show might tune in to see what happens after the Season 1 finale, which could possibly boost the ratings in Season 2. Then there's the network's strategy: Knowing what the network knows about Twisted's ratings performance, it might be smarter to pair the show with Pretty Little Liars, the show's natural tonal match.

Of course, that's if ABC Family has faith in Twisted in the first place. Twisted fans need to keep making noise until the end of the summer — hopefully the network will be listening.