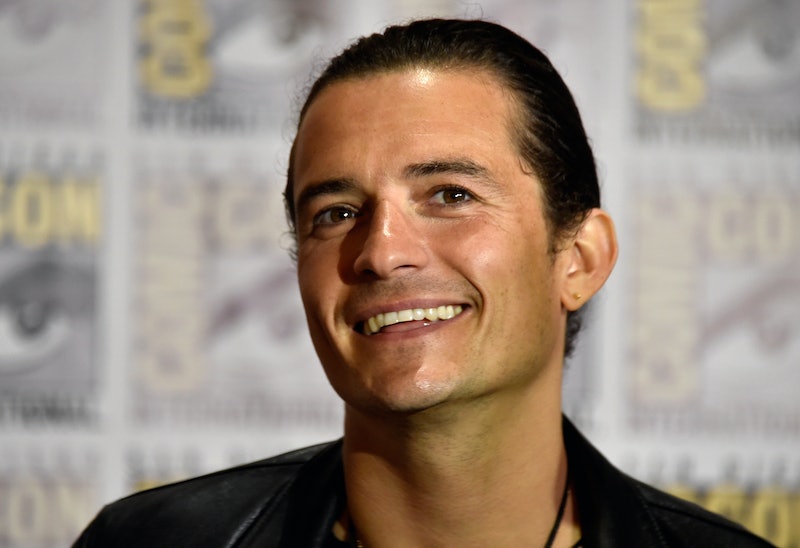 Predictably, every time that Justin Bieber takes one step forward, he seems to immediately take two steps back. Honestly, at this point, it's better to decide how you feel about Justin Bieber week-to-week rather than in general. After starting strong on Monday by revealing that he took a fan as his date to an awards show via the Make a Wish Foundation, Bieber has fallen back to the dark side. Apparently, Justin Bieber and Orlando Bloom got into a fight on Wednesday morning. According to an eyewitness who spoke to US Weekly, Bieber started the fight by instigating Bloom with a mention of Bloom's ex-wife Miranda Kerr.

Bloom and Bieber were in Cipriani restaurant in Ibiza, Spain when the altercation went down. The video that TMZ obtained features Bieber yelling at Bloom until Bloom approaches him, but doesn't feature any physical fighting. Instead, TMZ collected the rest of the story from eyewitnesses, who claim that just before the start of the video Bloom threw a punch at Bieber which Bieber managed to dodge. There's no word yet on exactly what Bieber said about Miranda Kerr that made Bloom so furious, but it could have just been enough for Bieber to mention her at all.

After all, Bieber and Kerr got close in 2012 at a Victoria's Secret fashion show. Rumors flew that Bieber's attention led to fights between the couple that might have contributed to their eventual separation in 2013. In the meantime, Bloom has been seen hanging out with Bieber's ex-girlfriend Selena Gomez as early as April 2014. Bieber further fanned the flames of this feud by posting a since-deleted Instagram photo of Miranda Kerr after the fight.

According to TMZ, the crowd applauded when Bieber finally left, which honestly shouldn't surprise anyone. It's been clear for a while that Bieber's antics are only amusing to him and his diehard Beliebers. His own neighbors in Beverly Hills have called the cops on him several times and the general public considers him one of the most hated men in America on a list that includes actual murders.

Considering Orlando Bloom and Miranda Kerr have been rivaling Chris Martin and Gwyneth Paltrow for the title of the world's most amicable exes, it's unlikely that Bieber could have incited him to physical violence unless his comments about Kerr were negative or insulting in some way. Why exactly Bieber decided to start something with Orlando Bloom at what seemed like an otherwise calm celebrity party is unknown, but I've stopped trying to find an explanation for Bieber's bad behavior at this point. Instead, I'm just going to leave you with the Internet's general approval of Orlando Bloom.

Apparently, throwing a punch at Justin Bieber is all Orlando Bloom needed to do in order to become a trending topic and an online hero.

More like this
Justin & Hailey Bieber’s Relationship Is “Unbreakable” After Their Two Health Scares
By Bustle Editors
Everything To Know About Taylor Swift’s 10th Studio Album, 'Midnights'
By Grace Wehniainen and Jake Viswanath
What Demi Lovato Really Thinks About Child Stardom, Depression, & Sobriety
By Radhika Menon
Kanye West Apologizes To Kim K "For Any Stress I Have Caused" In Rare Interview
By Jake Viswanath
Get Even More From Bustle — Sign Up For The Newsletter