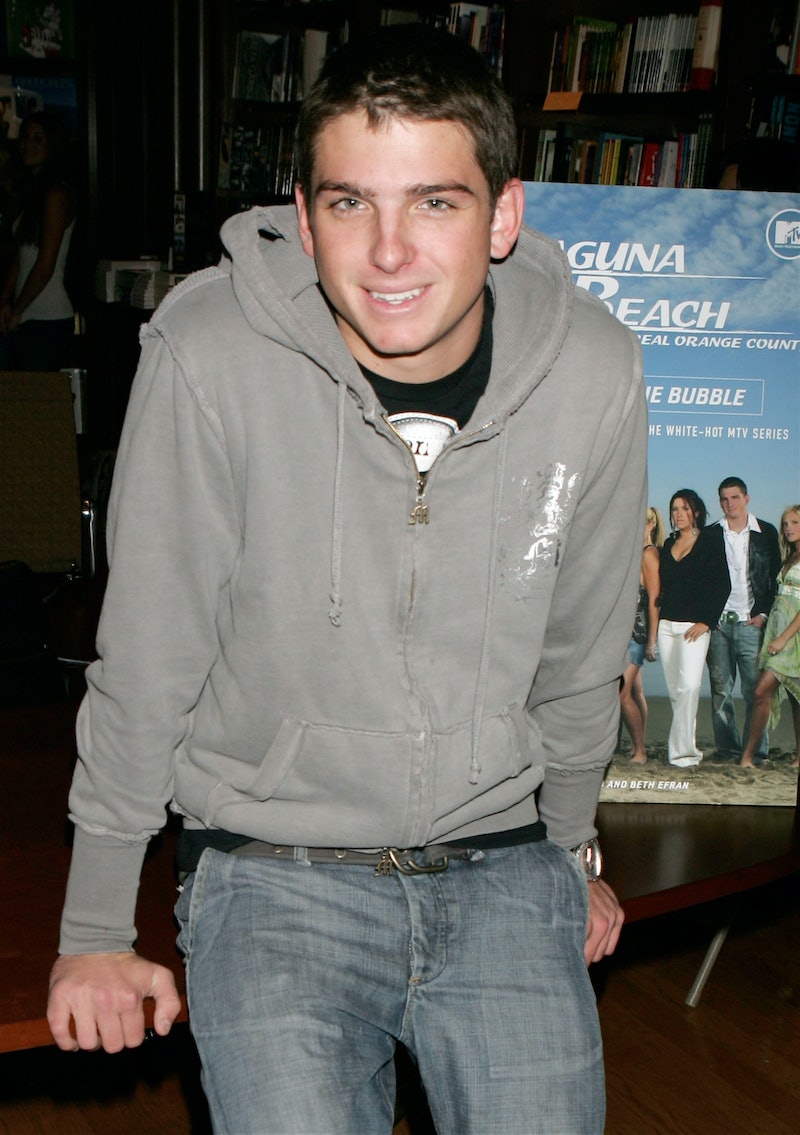 In September 2004, MTV gave the world a very special gift: Laguna Beach. The angst-ridden teen "reality" drama was one of the first of its kind, and undoubtedly one of the best. Week after week we all dutifully tuned in to watch the cast of rich, beautiful Orange County classmates break up, make up, and live the lives we all wish we could. Honestly, how many real life high school romances could compare to the love triangle dramz that went down weekly between the cast members? None. Did any of your friends' lame Saturday night basement parties compare to the beach bonfires that the Laguna Beach crew were always attending? Obviously not. It also goes without saying that of all the guys in your high school, few were as hot as the guys on the show. Very few.

Stephen freakin' Colletti was far and away the ultimate catch, at least as far as L.C. and Kristen (and THE WORLD) were concerned, but the rest of the guys were pretty cute, too. Talan Torriero, Laguna Beach's resident ladies man, was definitely the next on the list. He was the player who every girl thought would change for them. Spoiler alert: He didn't. It makes us wonder, what is the serial-dater up to these days? Is he still hopping from bed to bed in O.C., or has he finally become a one-woman man? Has he turned his dating knowledge into a career à la Hitch, or has he gone serious? Let's find out.

Could any girl in their right mind resist this smile? Probably not. Throw in the fact that he surfs? DEFINITELY not.

"Hey Kristen, did you know that music is the weapon of the future? Also, wanna come over later?"

Poor, innocent Talan. How was he to know he was wearing the most hideous jacket ever created in history?

What I would've given to be present at a Laguna Beach DVD signing...

WOOF. Someone has grown up a bit! These days, Talan seems to have left his many, many old girlfriends behind, gotten a dog, and is listed as the Creative Director at TMG Digital. No longer the playboy of canceled reality shows past, eh? In addition to becoming a relative success, he also just got married. That's right, ladies, after getting engaged last summer, Talan officially went off the market in June 2014 when he married Danielle Torriero.

Absolutely adorable. They're always tweeting and Instagramming each other, so it must be true love. It's a good look for him.

If you've missed the sound of Talan's voice, fear not - he has a Vine account. There you can see him juicing:

And asking very important questions about his dog:

And dancing to Mariah Carey songs (because OF COURSE):

His Twitter account is also a great place to stay updated on all things Talan, and it's totally worth the follow. I mean, he's not afraid to discuss the really important things in life:

Or even just help you keep track of what day it is!

Talan may not be on our TV screens anymore, but it seems he turned out just fine, and if there's a Laguna Beach reunion anytime soon, you can count us in.