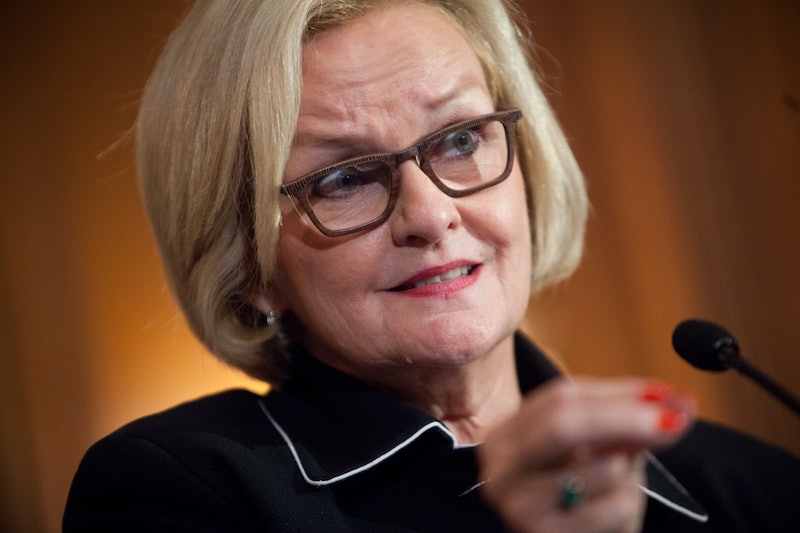 It's no secret that sexual assault is a huge problem on college campuses across the United States. You've probably heard the grim statistics before — of a 1,402 students polled across two large universities, one-fifth of women said they'd been sexually assaulted. Now, a group of bipartisan senators are trying to fix campus sexual assault, and if there's any issue that should be immune from partisan rancor, this is it.

There's no credible other side of the argument as far as decreasing sexual assault is concerned, and few prominent people are silly enough to try — excepting George Will's infamous victim-diminishing column from early June. But all the same, good-faith cooperation between congressional Republicans and Democrats is a rare and precious thing, making this a nice relief from the usual tumults of Washington.

Here are some of its major provisions which would significantly change the process of sexual assault reporting on college campuses, according to the Christian Science Monitor:

Basically, it'll bring in a raft of new protections for people who speak up, and mandate procedures for reporting of sexual abuse claims. As the Christian Science Monitor also mentioned, a survey cited by McCaskill found more than one-fifth of colleges allow athletic departments to handle sexual assault allegations against athletes themselves, a kind of compartmentalized response which would no longer be allowed.

It's often a crapshoot trying to guess how bills on major social issues will play across both houses of Congress, but we can only hope and pray that this one will slide through with a minimum of fuss. With four GOP senators already on board, a safe passage through the Senate seems entirely plausible. But when you start talking about that Republican-controlled House, there are few guarantees — while Democrats will surely line up behind it, the House GOP has proven willing to stand against things as fundamentally humane as the Employment Non-Discrimination Act (ENDA). Let's all hope they won't make the same mistake here.