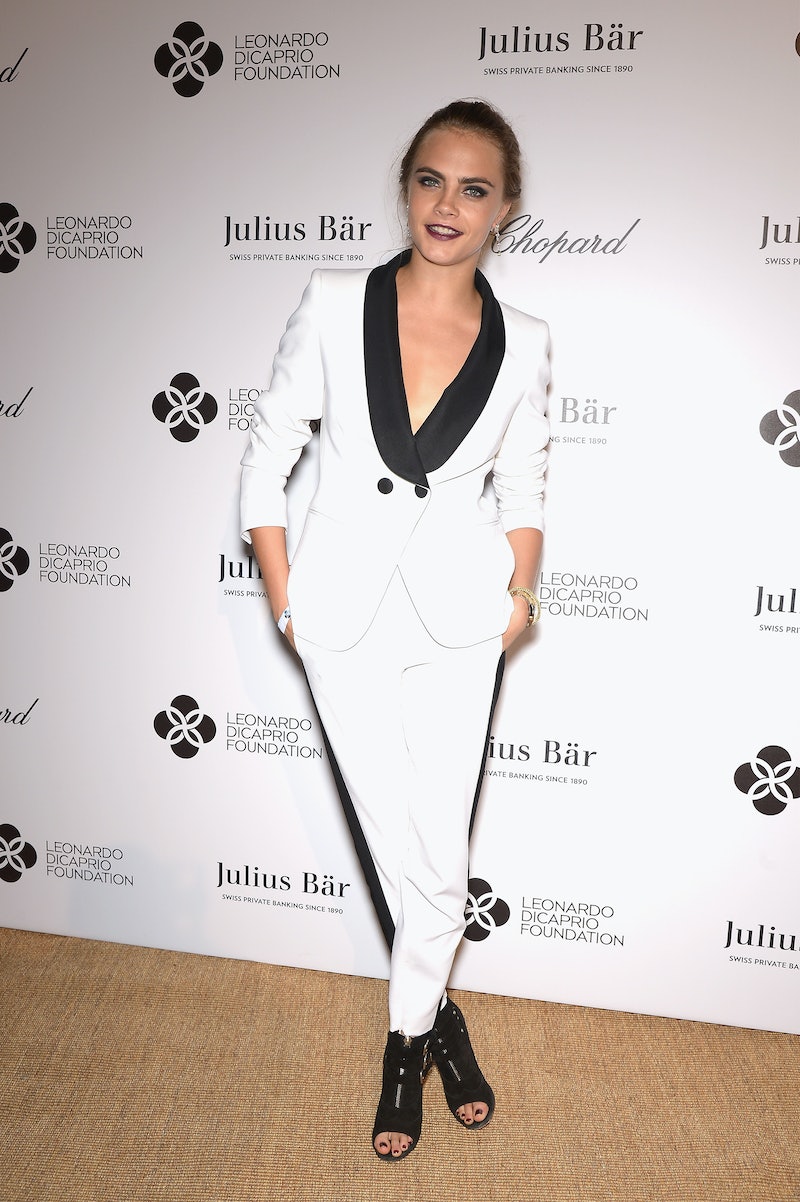 It's September Issue time again, folks! Little can compare to the excitement fashion-lovers feel when the major magazines begin to reveal their Big Issue cover stars. Turns out that girl-of-the-moment Cara Delevingne is covering British Vogue 's September 2014 issue and I can't think of a model better suited to the task.

Cara "Made in England" Delevingne is, naturally, fierce as hell on the front of the 462-page fall issue, sporting a multi-textured Louis Vuitton jacket and 1960s-inspired hair and makeup. Her spread was photographed by the legendary Mario Testino, and she is styled like an appealing mashup of '60s It-girls Twiggy and Edie Sedgwick. Delevingne, who is always a little bit rock 'n roll, rises to the occasion like no Vogue cover girl has in quite some time. She really manages to conjure up a bygone era, embodying '60s Mod as if she lived it the first time.

Although the model-turned-actress famously eschews the fashion industry, it's clear why she's found success within its confines. She's simply a natural in front of the camera. Even when looking at her latest Vogue cover on a computer screen, one can feel her energy as if she's in the room. The issue, which hits newsstands August 4th, is the largest that British Vogue has ever published, and quite an accomplishment for Delevingne.