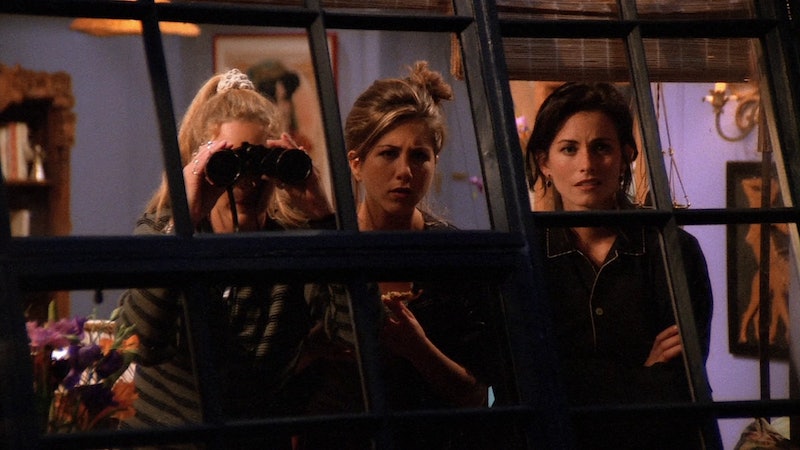 I've been super lucky to live with my best friends over the last eight years. A couple were best friends who became my roommates, and one was a roommate I barely knew who quickly became my best friend. While I consider all of them sisters, we probably need an even more specific word for the unique best friend/roommate bond. How about "best froomie"?

So what's the difference between living with a person who's a friend and having a roommate who is truly also your best friend? I've found there are more than a few ways to know you've reached that next level of intimacy. Some good indicators you've reached true best froomie status: On any given day, you tend to know how much sex they've had in the last week, what they have in the fridge, what textual dramas they're having, why they're pretending to be invisible on gchat, and whether or not they need to do laundry.

No, this is no ordinary friendship — this is some next-level intimacy we're talking about. Here's how you know your roommate is also your best friend. Share it with the one you love over a pint of frozen cookie dough. (Because really, it's not going to eat itself.)

you've seen each other naked

And know her cup size.

and heard her having sex

It takes a true friend to hear that and still love you.

in-depth text message-analysis is a given

you have a favorite item she bakes

And she bakes it just for you.

Either it's time to celebrate — or time to talk. Or, if she's really awesome, it's just another Tuesday night.

and if you're really lucky, choreographed a few

Can't be best froomies if you don't fight. It's all part of it.

you know when she's getting her period

you have all of each other's passwords

though, to be fair, you sometimes sleep in each other's beds for no reason

you've gotten nervous about throwing a party together

You had fun, but later decided Scandal would have been an easier bet.

she knows what you're ocd about

you've creeped on your neighbors at some point

she regularly hands over her tinder to you

I mean, he might be around the house. This is serious.

when she starts dating someone seriously, you're happy for her, really

but also really nervous, because this could happen one day

most of all, you've said this to each other more than once

And damn, do you mean it

and you always will

Just don't even think about cheating on me.