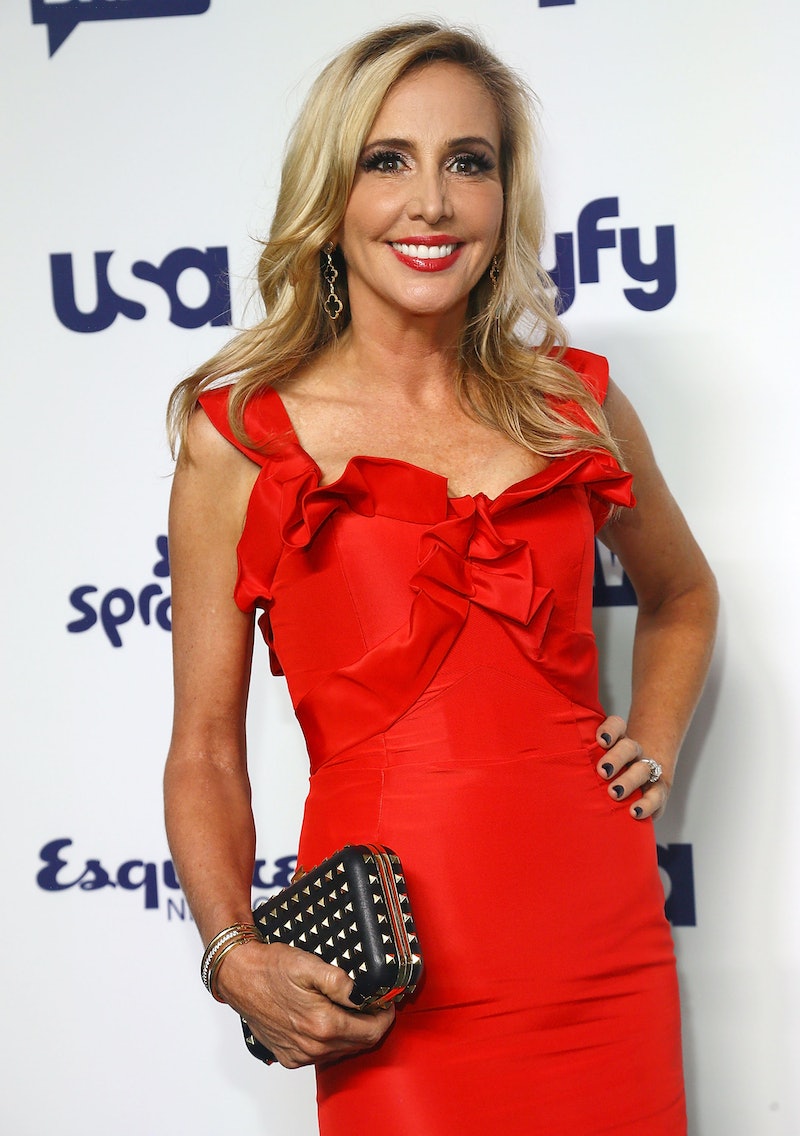 I guess lighting all of those holistic abundance candles and acupuncture worked — because it seems like Shannon's returning to the Real Housewives of Orange County . RadarOnline, the source of many a Housewives scoop (including Tamra's rumored exit after this season), reports that Shannon Beador has been invited back for Season 10. David must be so excited.

While no amount of bad birthday parties can make nice girl Lizzie Rosvek pop, Shannon's a hit! It’s a little surprising that Shannon would even want to stay a part of the show, since she doesn’t seem overtly interested in becoming famous. And having to handle rivalries with the departing Tamra Judge and Heather Dubrow can't be easy. Heather's maddening circular arguments already pushed Shannon to the breaking point once. Fueled by Tamra, these two have bickered on and off all season.

But Shannon has an important ally — the self-appointed OG in the OC, Vicki Gunvalson. Ever since their little couples' jaunt to Mexico, the two have been close. Vicki is the only one who stuck up for Shannon at Lizzie's dinner (well, Lizzie didn't attack her either, but her voice is more easily drowned out than Vicki's is). Vicki has maintained throughout the entire season: Tamra will gossip to anyone about anything. She doesn't have a single friend who she wouldn't just as soon get into a screaming fight with for the cameras.

That faith has paid off, and Vicki and Shannon have maintained their friendship off-screen. In her blog, Shannon calls Vicki "a real friend," and Shannon, who's spent the majority of summer on vacation with her family, took a few nights off to spend with Vicki and put them up on Instagram.

If Shannon really does return, fans of RHOC should be very excited about it. Shannon is the only new cast member who's held her own in a while. Obviously Lizzie hasn't been able to generate anything interesting, and Lydia from last season basically gave up after a year of being screamed at that was topped off by Vicki's son-in-law berating her mother for putting her feet near a couch. The last time they added a Housewife who lasted more than one season was "Jesus Jugs" herself, Alexis Bellino.

Maybe Shannon's renewal is a sign that Orange County isn't actually doomed. While the loss of Tamra, the overall dullness of this season's conflicts, and the dead-on-arrival Lizzie add up to make this season seem impossible to like, somehow with the addition of Shannon, it feels a lot better than it actually is.

She's just like the women from the earlier seasons. She's a mom with her share of marital problems, but someone who ultimately wants to use the show as a way to hang out with some friends every once in a while. And while after ten seasons (we are all officially OLD) it's almost impossible for a series to feel fresh, if it has to go down swinging, at least it should feel like it's still in its prime. Bring on more Shannon!