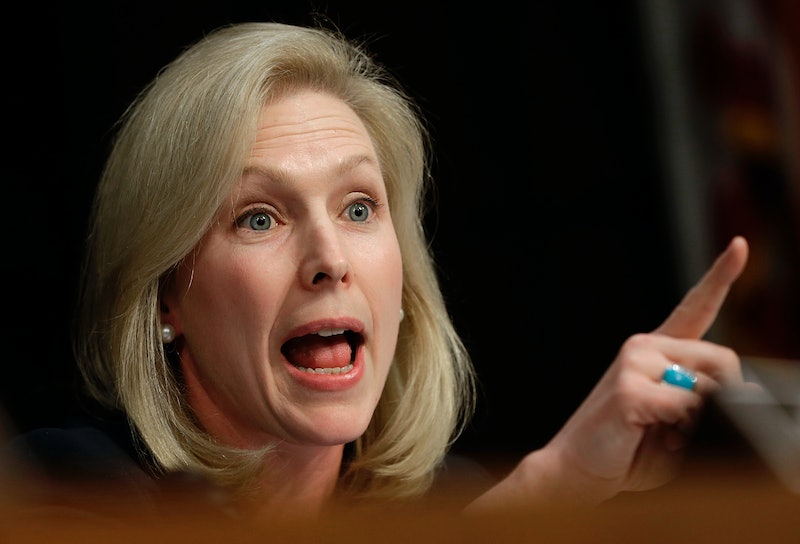 On Tuesday, we reported that the Army gathered to address the paramount issue of sexual assault at its sixth annual Sexual Harassment/Assault Prevention summit. A day later, it looks like we have a case of two steps forward and at least one hefty step back.

Senator Kirsten Gillibrand (D-NY) authored a proposal as part of the Defense Authorization Act that would remove military sexual assault cases from the chain of command, instead placing them in the hands of an independent prosecutor. The bill had 27 co-sponsors, including four Republicans.

Gillibrand’s bill was a response to complaints that the military has repeatedly failed to address the issue of sexual assault. The military has long opposed outside prosecution handling sexual assault cases, but others argue that removing commanders from the process of deciding which serious crimes go to trial would be a positive step toward fixing a broken system.

On Wednesday, Senate Armed Services Committee Chairman Carl Levin (D-MI) decided to strip the proposal from the Defense Authorization Act, replacing it with a measure that requires senior military officers to review decisions when commanders refuse to prosecute a case.

The move indicates a generational—and gender—rift on the issue. Levin’s argument is that removing commanders from the legal process would undermine their ability to enforce discipline within the ranks.

That ability is important, for sure. But when a decision like this comes at the cost of more or less maintaining a status quo that has time and time again failed victims of sexual assault, it certainly seems like there are better ways to enforce authority within the military chain of command.