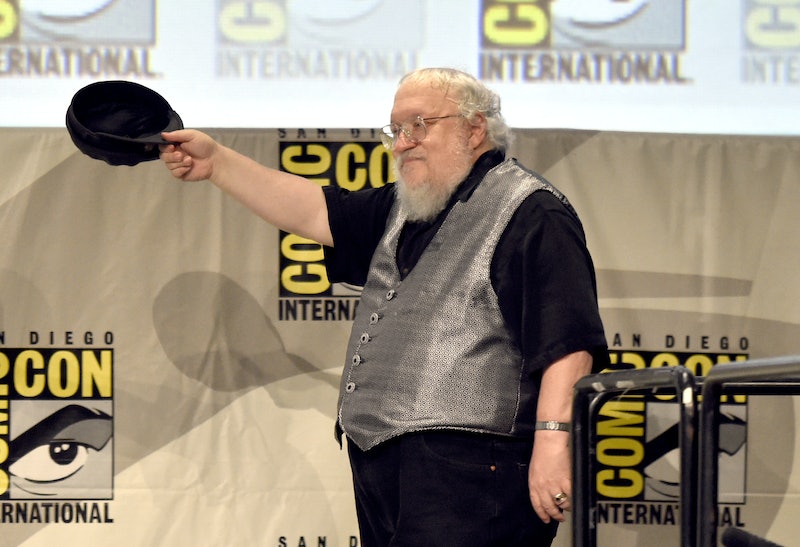 If you're a Game of Thrones fan who lives for the day the the next book in the Song of Ice and Fire series finally comes out, just know that George R.R. Martin is aware of how much you want the next installment. He's just not going to give you an answer.

In a recent interview with "New Mexico in Focus" in his hometown of Santa Fe, Martin says that he has "given up" telling people when to expect the next book. It's easier that way, he explains, especially when he gives an answer and winds up needing more time.

Still, Martin says he does feel the pressure to finish the series, both for fans and for the sake of the HBO series. He gets a lot of emails demanding new installments or wanting to know when the books will be done, though he adds that there are "probably far more of people saying 'take your time, I love your books, whenever you're ready I'll be here.'" (I'll give you one guess which one he prefers). He's also working hard on the next installments, even doing less with the HBO show as a result.

"If I wasn't writing the books I could hopefully be a bigger part of the show," he says. Unfortunately, though, "even just writing one episode a season is getting increasingly hard because you have to put the book aside and go back in time to things you wrote two or three or five or seven years ago and do new versions of them. It really breaks the stride a little." In his ideal world, he says, he'd get to be on the set and take part in the casting process, but as it is, he has two (or maybe even three?) enormous books to finish instead.

Still, despite the pressure, Martin says, when the writing is going well, "I just kind of fall through my computer screen and I forget the world, I forget deadlines, I forget the TV show, and the emails, and all of that stuff. It's just me and the characters and the world that I'm describing, and I'm writing a page at a time, and a scene at a time, and a word at a time."

For more of Martin's thoughts, including his thoughts on his newfound celebrity status and the role of women in the series, you can check out the full interview.