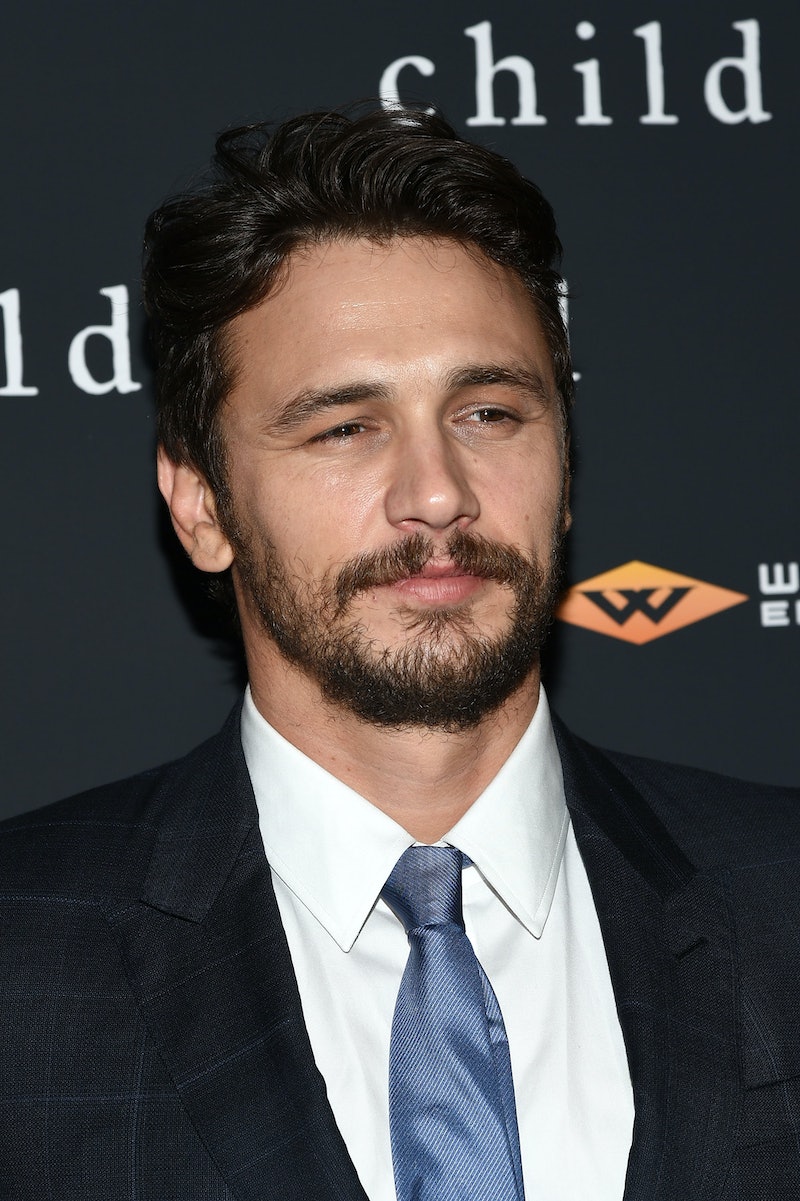 It seems like James Franco has a case of the Mondays. The sexy actor did not appreciate it when he was swarmed by paparazzi at the airport recently when he was spotted (possibly) traveling with a pretty blonde. After being asked who the mystery woman was, a headphone-wearing Franco snapped at the paparazzi, "Guys, I can't hear you, so just shut the f*ck up!" Then, naturally, since the paps were getting exactly what they wanted — footage of an actor losing his sh*t — they goaded Franco further, pressing him even more about his love life. And that's when Franco really brought the heat, telling the intrusive photogs, "Go get an education, dumb a**! F*ck off!"

It's completely understandable how constantly being encircled by annoying, picture-snappers would eventually get under one's skin — and Franco is a card-carrying paparazzi-hater — but dropping an F-bomb on camera for the world to see? Was that really necessary, James? Turning up your dope jams and just tuning them out probably would have been more effective... and then they wouldn't have gotten good footage of you.

Ah, well. I guess sometimes you just have enough and you snap. We've all been there in our varying paparazzi-less versions, I suppose. (Oh, like you never cursed someone off on the road.)

Here's the video of James freaking out if you're so inclined. And seriously, James, who's the blonde?