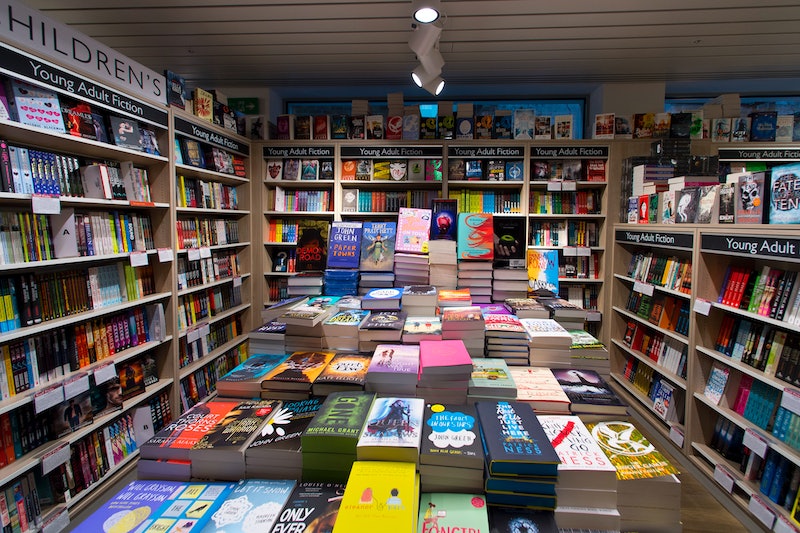 Parenting a child sure seems tricky. You can unplug the television, limit computer time, talk about world news after they've gone to bed, but what happens when your little imps whisper goodnight and then pull out a flashlight to read under the covers? Soon enough, it's midnight and the protagonist's best friend is dying and ghosts are coming out of mirrors and bad children are getting their thumbs cut off and your kid is yelling, "MO-O-OM!"

The world is a dark place, and many of our greatest children's authors choose not to ignore that. I will never forget finding the unabridged version of The Hunchback of Notre Dame (note: not technically a children's book) and assuming it would be just like the abridged children's version I'd read many times. By the time I got to the part in the real version where Esmeralda is hanged and then thrown onto a pile of corpses, I couldn't run for my mom fast enough.

Bookshelves may seem like the last bastion of morality in a world of video games and Internet, but let me assure you, they've got a dark underbelly. Here are some of the scenes that left us white as a sheet and crying for our parents.

1. In Cloudy With a Chance of Meatballs, residents of the town Chewandswallow are forced to leave their homeland in order to escape … death

People feared for their lives. They couldn’t go outside most of the time. Many houses had been badly damaged by giant meatballs, stores were boarded up and there was no more school for the children. So a decision was made to abandon the town of Chewandswallow. It was a matter of survival.

2. In Maurice Sendak's frequently banned book In the Night Kitchen, a naked boy is almost baked into a cake by cooks with Hitler mustaches, in a terrifying reference to the Holocaust

3. In A Wrinkle in Time, young Meg is forced to do psychological battle with a huge, pulsing, disembodied brain known simply as "IT" in order to save her little brother

She knew that her own puny little brain was no match for this great, bodiless, pulsing, writhing mass on the round dais. She shuddered as she looked at IT. In the lab at school there was a human brain preserved in formaldehyde, and the seniors preparing for college had to take it out and look at it and study it. Meg had felt that when that day came she would never be able to endure it. But now she thought that if only she had a dissecting knife she would slash at IT, cutting ruthlessly through cerebrum, cerebellum.

4. In The Little Match Girl, our desperate protagonist freezes to death while hallucinating about her grandmother

"Grandmother!" cried the little one. "Oh, take me with you! You go away when the match burns out; you vanish like the warm stove, like the delicious roast goose, and like the magnificent Christmas tree!" … But in the corner, at the cold hour of dawn, sat the poor girl, with rosy cheeks and with a smiling mouth, leaning against the wall — frozen to death on the last evening of the old year.

5. In Coraline, a little girl is given the world's most horrifying present: a pair of button eyes that are supposed to be sewn over her own eyes

On a china plate on the kitchen table were a spool of black cotton and a long silver needle and, beside them, two large black buttons. "I don't think so," said Coraline. "Oh, but we want you to," said her other mother. "We want you to stay. And it's just a little thing."

6. In Peter Pan, Peter claims that his mother locked the window so he couldn't get back in and replaced him with another little boy

"Long ago," he said, "I thought like you that my mother would always keep the window open for me, so I stayed away for moons and moons and moons, and then flew back; but the window was barred, for mother had forgotten all about me, and there was another little boy sleeping in my bed."

7. In Where the Red Fern Grows, the bully falls on an ax in front of his little brother

Looking down at Rubin, I saw what had paralyzed Rainie. When Rubin had tripped, he had fallen on the ax. As it entered his stomach, the sharp blade had sunk to the eye of the double-bitted ax.

8. In Anne of Green Gables, Anne works herself up into a cold terror by imagining a woods full of ghosts — and then is forced to run through those very woods at night

Anne marched. That is, she stumbled over the bridge and went shuddering up the horrible dim path beyond. Anne never forgot that walk. Bitterly did she repent the license she had given to her imagination. The goblins of her fancy lurked in every shadow about her, reaching out their cold, fleshless hands to grasp the terrified small girl who had called them into being.

9. In Outside Over There, a girl's baby sister is stolen by goblins and replaced by a baby made of ice that melts when she hugs it

Poor Ida, never knowing, hugged the changeling and murmured: "How I love you." The ice thing only dripped and stared, and Ida knew goblins had been there.

10. In Black Beauty, the sweet horses are abused in graphic detail

He had a cruel whip with something so sharp at the end that it sometimes drew blood, and he would even whip me under the belly, and flip the lash out at my head. Indignities like these took the heart out of me terribly, but still I did my best and never hung back; for, as poor Ginger said, it was no use; men are the strongest.

11. In What Was I Scared Of?, Dr. Seuss gives us "a timeless message of fear and tolerance," but for most of the story, the empty green pants that drift about in the woods are just ghastly

Then I was deep within the woods/When, suddenly, I spied them./I saw a pair of pale green pants/With nobody inside them!

12. In Farmer Boy, we're led to believe that the beloved teacher is going to be whipped to death by "the big boys" for about two chapters

"They have driven out two teachers," he said. "Last year they hurt Jonas Lane so bad he died of it later." … Everybody knew that Mr. Corse would not be there tomorrow. One of the little girls began to cry, then three or four of them put their heads down on their desks and sobbed.

13. In Ghost Beach — one of the scariest of the Goosebumps series — the three little children HAVE BEEN DEAD ALL ALONG AND THEIR SKIN PEELS OFF TO REVEAL THEIR SKELETONS

Louisa Sadler: We never had a chance to live!

Louisa Sadler: We never had a life at all!

Sam Sadler: We all died in the cold!

Louisa Sadler: Hungry! We were so hungry!

Note: Quotes from the TV episode

14. In the original version of Cinderella, her stepsisters cut off parts of their feet

With her mother standing by, the older one took the shoe into her bedroom to try it on. She could not get her big toe into it, for the shoe was too small for her. Then her mother gave her a knife and said, "Cut off your toe. When you are queen you will no longer have to go on foot." The girl cut off her toe, forced her foot into the shoe, swallowed the pain, and went out to the prince.