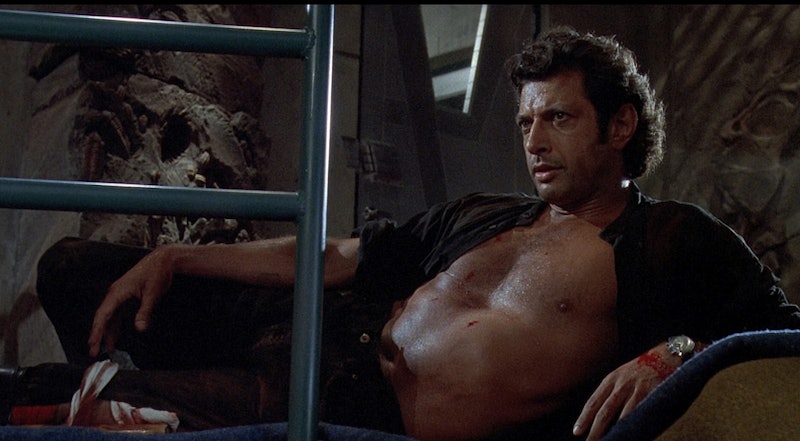 So what happens if you're Jeff Goldblum and you go to a wedding? Probably nothing, aside from the usual wedding festivities. But there's always a chance that the wedding party will try and coax you into a Jurassic Park homage. And so it was that Jeff Goldblum ended up getting chased by a dinosaur in this wedding photo.

Goldblum, who starred in Jurassic Park as the sardonic Dr. Ian Malcolm, can be seen in the photo between the bride and the groom, though as far as I can tell he wasn't even in the wedding party. What he was, though, was the date of a friend of the bride, and so the newlyweds seized upon fate and requested his presence in their running-from-dinos wedding photos. As was recounted on the Reddit post:

Truth be told, he was a very cool guy, who when the groom asked him to do this shot he enthusiastically agreed and as one commenter mentioned, was the only one who really got into character (aside from the one groomsman on the right). Everyone else kept smiling the whole time!

This is what photoshop was made for, y'all: To add dinosaurs to every photo Jeff Goldblum's in. As Redditer SomeNorCalGuy commented, "sometimes photoshop, uh, finds a way."

I can't wait until people start doing this with Chris Pratt.