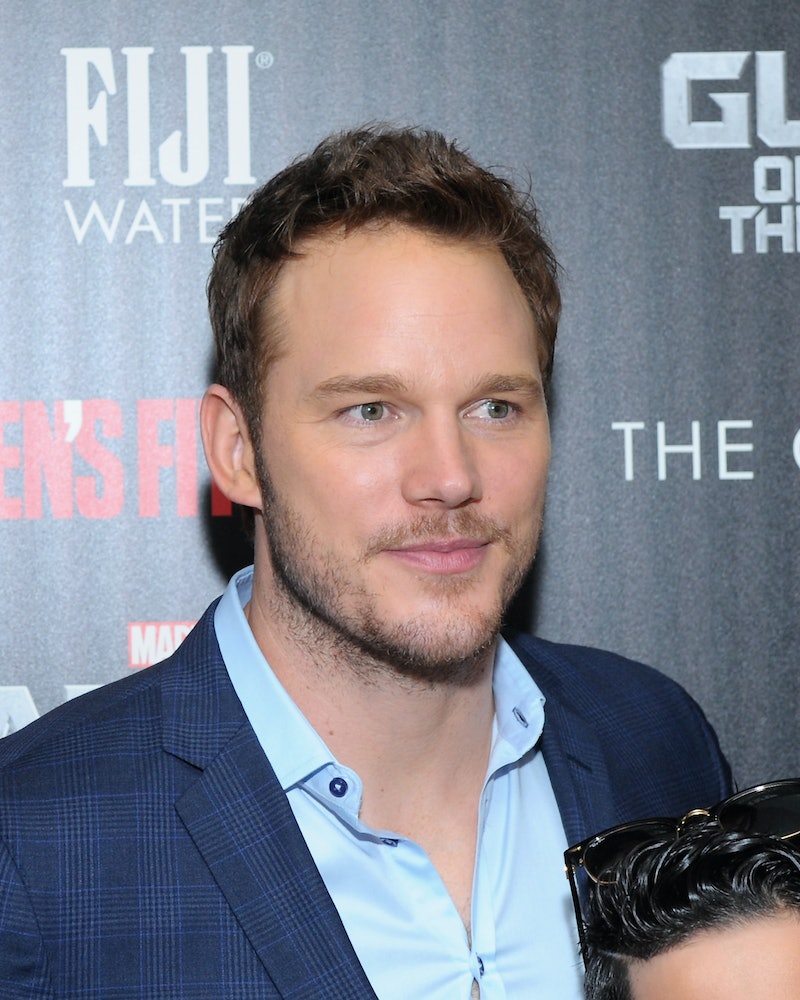 Psyched to see Chris Pratt in Guardians of The Galaxy, but also sweating in some weird places because you can't wait to see him again as he battles prehistoric creatures? Well, fear not, because you can now have a look at Pratt in Jurassic World . Yes, that's right — it's the very, very chiseled Pratt versus very, very large prehistoric dinosaurs. WHO WILL WIN? (Who cares, you can see an early pic from the movie.)

Jurassic World's director Colin Trevorrow originally tweeted this photo, probably to honor the fact that Pratt will be in a blockbuster next summer, in addition to this summer. So one summer he guards the galaxy and the next he gets jurassic? I'll take it.

Jurassic World already sounds like it's going to be pretty damn great, with its dino petting zoo, dino theme park, and oh, yes — its very charming, very funny leading man, Pratt. Seeing this visual only adds to the excitement.

And now, let's take a look at Pratt as he gets jurassic. Yes. I will definitely take this. You raptors are goin' doowwwwn next summer.