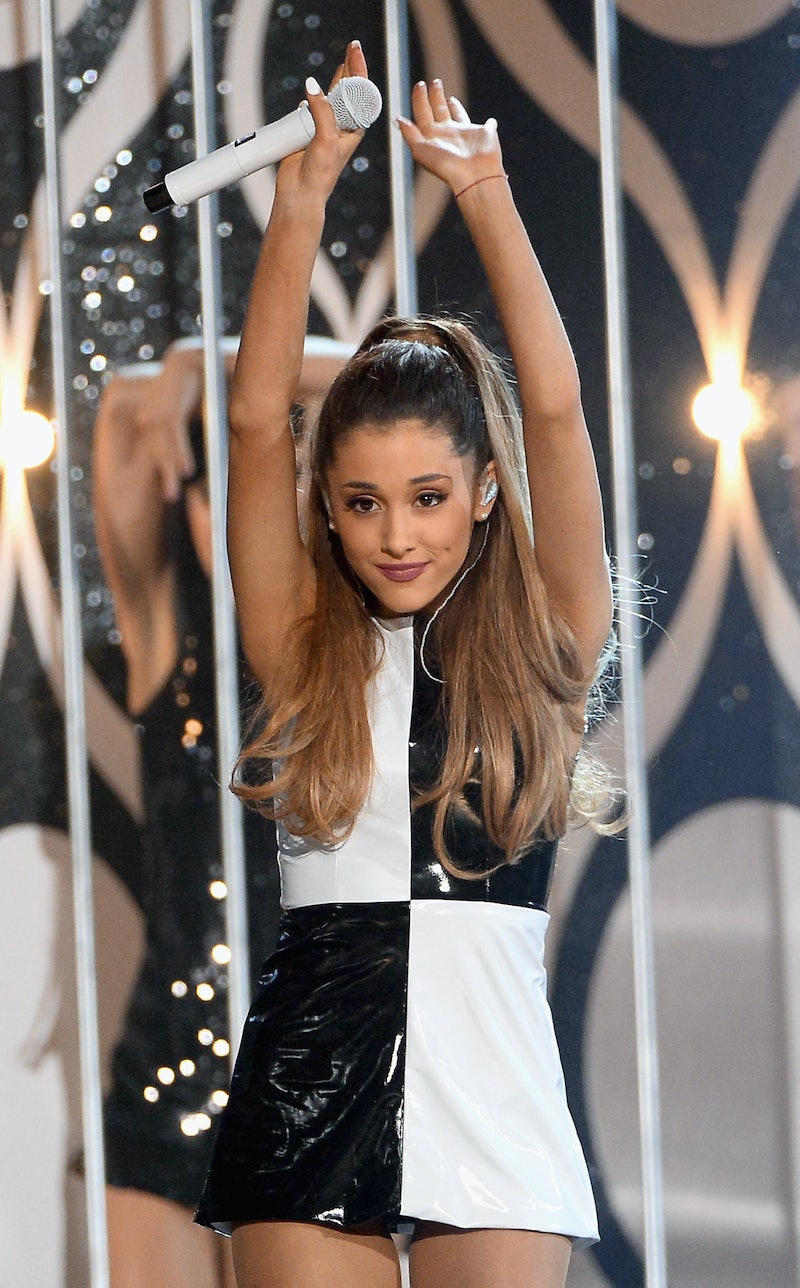 If Ariana Grande and Jai Brooks were meant to be, then why do they keep having such cruel break ups? The last time that Brooks and Grande were a couple, their relationship ended and Brooks followed this up by accusing Grande publicly of cheating on him with her then-boyfriend Nathan Sykes of The Wanted. After her equally public denial, the two seemed to have no contact with one another until Brooks and Grande surprised everyone by kissing at the iHeart Radio Music Awards. Now it appears that they're done for a second time. According to E! Online, Ariana Grande and Jai Brooks broke up and the reason is even more sad than a he-said she-said cheating issue.

"When her grandfather was dying, everyone was there for her," said a source to E! Online. "People flew to Florida to be with her, but Jai didn't. Ariana just felt he wasn't there like he should have been." The story goes on to say that Grande and Brooks actually broke up last month, presumably sometime after Grande posted a picture of herself kissing Brooks to Instagram, and still remain friends. In fact, the Instagram picture was posted only four weeks ago, which means that Grande's break up with Brooks must have been incredibly recent.

Furthering the speculation is a tweet that Grande posted on Monday afternoon that E! Online reports is in reference to Brooks. The tweet simply reads "love u" along with a picture of a long text post: "You learn a lot about love, life [and] the [people] around you during a time of crisis. July was painful for many reasons but of all the personal loss I suffered last month, the loss of my grandfather, a true gentleman, was the only one that truly mattered. I thank my loves for being so in tune to what is good and right for me and my heart..."

"I hope you will surround yourselves with people who will be there for you [through] the bad times, not just the good," the post goes on to say. "I thank everybody who was here for me when I needed them as the ones who weren't really broke my heart. August is about to be a beautiful beautiful month. Looking forward to all the good coming up... it's the only thing we should focus on."

Considering the reason reported for Grande's break up with Brooks is that he wasn't there for her during her grandfather's last days — and how devastated Grande has been between her grandfather's death and her brother, Frankie Grande, being unable to support her while competing in the Big Brother house — the twitter post feels even more tragic. Presumably, Grande will have one less problem without Brooks, but having been forced to suffer so much loss in a single month must have taken its toll on her.

More like this
What Is Ariana Grande's Net Worth? When It Comes To Money, She Has No “Problem”
By Hugh McIntyre
Selena Gomez Is Fine Being Single, But She Still Manifested Romance On 'SNL'
By Martha Sorren, Jake Viswanath and Jack Irvin
Why Sara Pascoe's Husband Is Familiar To Comedy Fans
By Alice Broster
Kendall Jenner & Devin Booker Reportedly Broke Up After 2 Years Of Dating
By Jordyn Tilchen
Get Even More From Bustle — Sign Up For The Newsletter