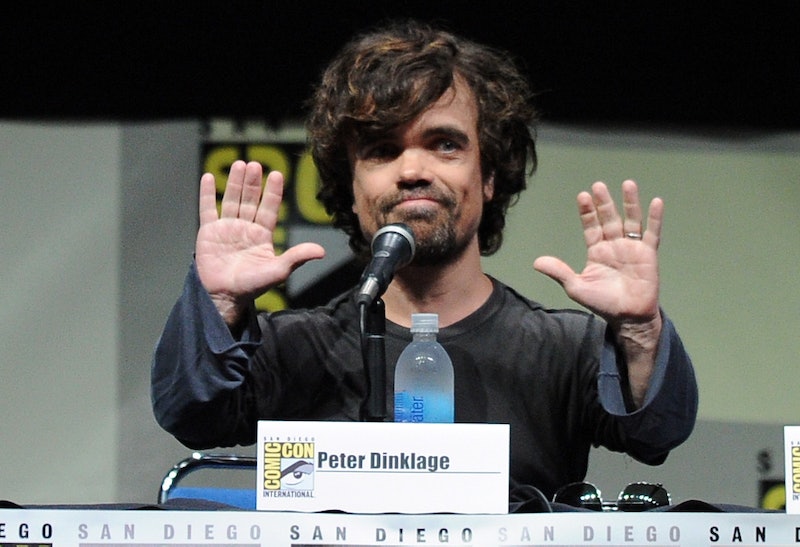 You thought North West was bad? Try "Khaleesi" or "Tyrion."

England and Wales came out with their annual list of popular baby names today, and it looks like a lot of expectant parents are really into Game of Thrones. Names making an appearance on the list include "Tyrion," "Khaleesi," "Theon," "Sansa," and "Catelyn," and "Bran." (Bran? Like Bran Flakes?)

Beating out all other names by a mile, however, is little Arya Stark.

More than a hundred English and Welsh babies are named after the plucky Stark warrior. Plus, over the pond, Arya is actually the fastest-growing name in America . One thousand babies were awarded our favorite House Stark-ian's name last year, which suggests that at least three babies born today will be tiny Aryas.

And over in Australia, the name "Khaleesi" is making serious waves: 15 baby girls have been named after the Dothraki queen so far, even though author George R. R. Martin totally made the name up. (The name Arya is mind-bendingly popular there, too. We'd love to hear 'Arya' said in an Australian accent. Hot.)

The trend waves goodbye to the "Twilight baby mania" that overtook parents a couple of years back, during which the names "Jacob" and "Bella" shot to the top of the charts.

Our century to date has been marked by Hollywood names (make of that what you will): The number one celebrity-inspired baby name is currently Mason (Kourtney Kardashian's very cute son). Addison (Grey's Anatomy), Jayden (Britney and Kevin Federline's second child), and Liam (Hunger Games) have all seen spikes as well.

This is hardly a new trend: the second and sixth most popular names of the twentieth century's Golden Age of Hollywood (1930-42) were "Judy" and "Judith," after Judy Garland.

In other news, the kid who plays Arya, Maisie Williams, also happens to be the best person on the Internet.