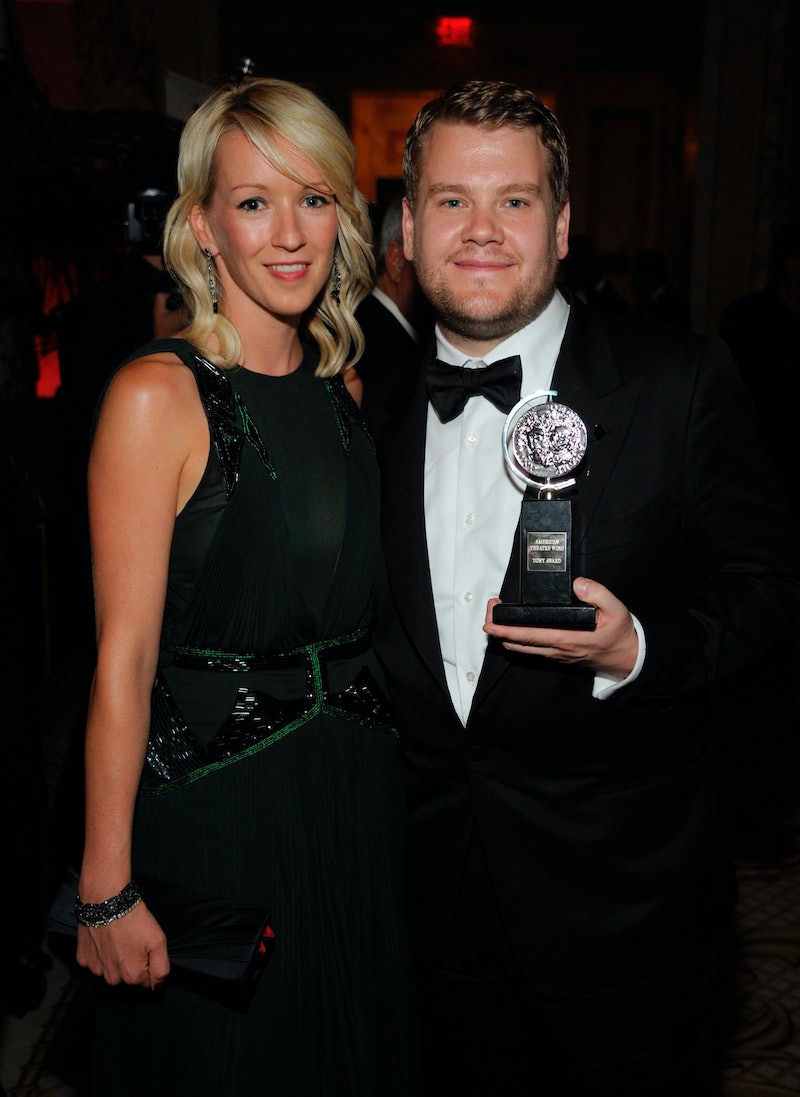 On Tuesday, it was reported that British comedian James Corden will be replacing Craig Ferguson as the host of The Late Late Show. If you're not intimately familiar with Corden's career, don't worry, he's not quite a household name in the U.S. yet. He most recently starred in Begin Again, where some people immediately fell in love with him and wanted Corden to be their BFF, thanks to his quick-witted sense of humor. But personality isn't the only thing Corden's got going for him — his wife, Julia Carey, sounds pretty dang fantastic, too. So, who the heck is she?

While there isn't a ton of info out there about Carey, we do know that the pretty blonde, who bears a slight resemblance to Ellie Goulding, is currently pregnant with the couple's second child. James and Julia are already parents to a 3-year-old boy named Max, and Carey is reportedly due at the end of the year.

We also know that the couple, who was married in September 2012, was introduced by their mutual friend, Mamma Mia! actor Dominic Cooper, who was once Corden's housemate. Carey also reportedly has a past-life as a television producer, but she's currently credited as a "charity worker" by numerous websites.

Altruistic and possibly willing to uproot her life to the U.S. to support her partner? Sounds like a pretty good catch! Looks like everything's comin' up James right now!