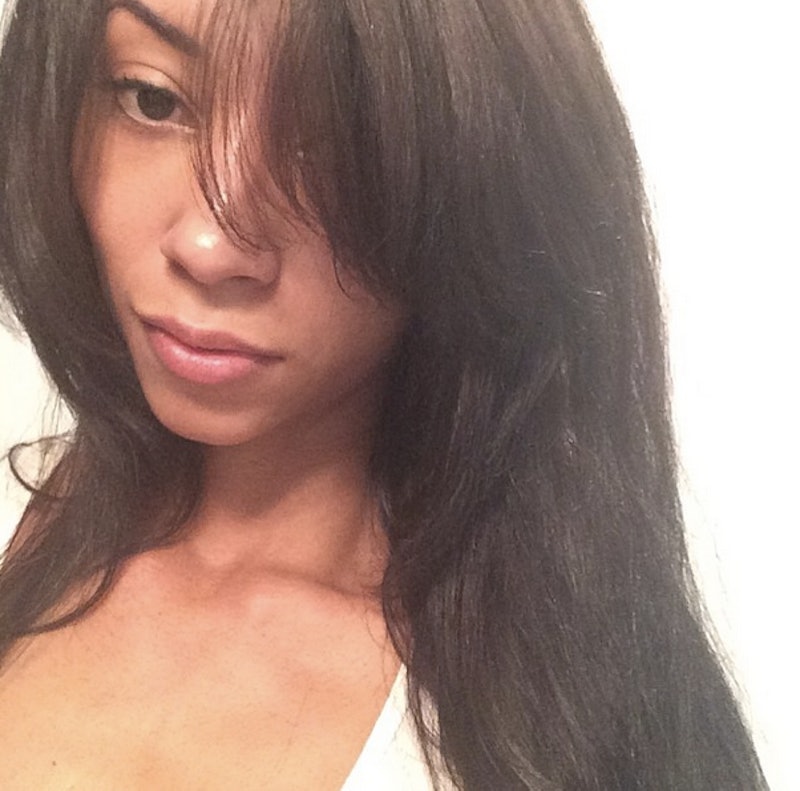 If you're a savvy user of the Internets who's always up on her gossip, you probably have already seen Jay Z's mistress' horrendous video, "Sorry, Mrs. Carter," which apologizes/kind of bashes Beyonce. If you're not, or are just having an off-day, I'm sorry to be the one to break the news to you that, yes, Liv, the woman Jay Z's accused of having an affair with, has decided to capitalize on her infamy in the way only an American could by releasing a rap set to OutKast's "Sorry Ms. Jackson" about the situation. It's terrible. It's amazing. It's amazingly terrible. And of course, now it has us wondering: who the crap is this Liv woman and where did she come from?

I took on the task of sifting through the world wide web with a fine-toothed comb to dig up whatever I could about Liv, and because I'm a nice person, I've decided to share what I've unearthed with you. I feel a little dirty doing this, as clearly I'm giving Liv exactly what she wants — Googling/writing/talking about her — but whatever. I'm a sucker for the low-brow.

She and Jay Z Met Years Ago at a Budweiser Shoot

Liv was apparently had her first encounter with Jay Z in Miami in 2008. She claims that the two talked and hit it off and that he was a perfect gentleman. But after he left, supposedly Jay's bodyguard approached her and asked for her number. She said in an interview, “I was like, that’s so wrong. One, that’s really immature to send the bodyguard to get my number. Two, I’m not somebody that would just get a call when he’s in town." She also added, "I wasn’t going to disrespect B like that," because they're on a nickname basis, evidently.

Oh, no, no, no. Behold another video of Liv's, "The Invasion Part 4," where she appears to diss Kim Kardashian and Kanye West. (There are other "Invasions," where other celebs, like Kendrick Lamar, are dissed, as well. Keepin' it classy.)

Liv doesn't just do music. She also released a "Five Minute Fitness" video that offers no exercise instruction whatsoever, but instead sexy snippets of her working out.

Complementing her non-fitness video, Liv released a seven minute video of a DIY manicure. The woman has nice nails, but seven minutes?!!

According to Liv, Beyonce's sis, Solange, saw the pair exchanging numbers in 2008 in Miami. In an interview, she said:

The day Jay Z and I exchanged numbers (at Nobu Miami), Solange came walking up out of no where! I thought I was about to get my ass beat myself so I backed off quickly… She has been guarding her sister’s property since day one. Bey doesn’t even have to say anything. Solange is a beast.

She's, Duh, Loving All the Attention She's Getting

In a moment of Why Have Any Modesty at All, Liv posted the above gem to Twitter.

Just gonna cut to the chase here, this woman is shady. She's been talking about Jay Z and other rappers for what seems like forever now (see radio interview above where she says she's "around Puff and Jay" a lot). In fact, it seems like celebrities are the only thing she talks about. Makes her story an eensy bit harder to buy.

Her followers, as you can see, beg to differ, though.

She Just Doesn't Seem Like a Very Nice Person

She Instagrammed this recently. And that's just not cool.