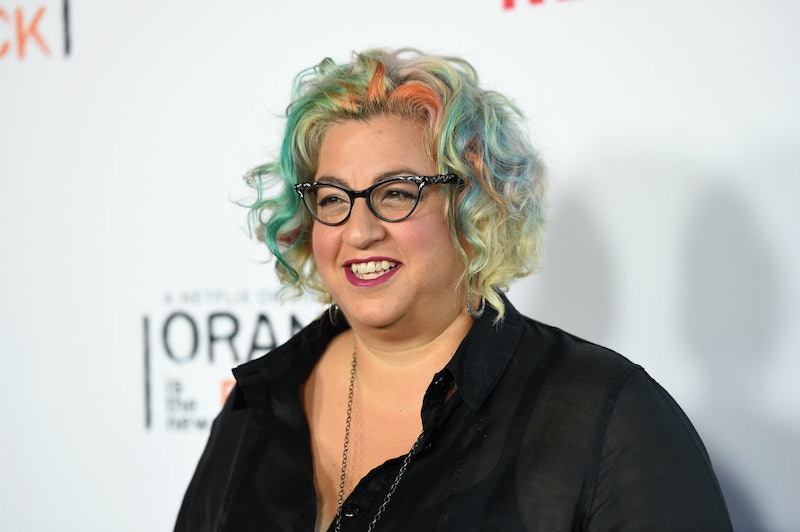 Jenji Kohan isn't your typical TV showrunner, but she deserves to be paid as one. In an interview for the The Hollywood Reporter posted on Wednesday, the Orange is the New Black creator spoke about her frustration with Hollywood's gender inequality, saying that despite everything she's done for Netflix and Lionsgate, she doesn't think she's receiving the same salary as much as men with the same exact job.

"I don't think I'm getting paid as much as the men in my position, still," she said, "and it's extremely frustrating."

Kohan continued, saying that "it's hard when one of your best friends is Matt," referring to Matthew Weiner, the showrunner of Mad Men. "I don't begrudge him for one second; it's more of just, 'Why am I not making that?'"

Elsewhere in the piece, Kohan put the issue more bluntly: "it sucks... we all want our fuck you money."

Although the actual salaries of Kohan and Weiner are unknown, it was reported in 2011 that Lionsgate paid the Mad Men creator $30 million for the show's final three seasons. And considering that Kohan talks in the interview about having to worry about her children's school tuition, it seems safe to assume that the two showrunners' salaries are on different levels — even though Kohan is just as invaluable to the TV industry as Weiner, if not more. Orange is Netflix's most-watched show ever; Kohan recently signed a multiyear deal with Lionsgate and has several shows in the works; in July, Orange was nominated for 12 Emmys. In a short time, Kohan has given a huge amount to television, but it appears that television hasn't done the same for her.

Of course, this is just speculation — without actual numbers, there's no way to know if Kohan, and the few other female showrunners working today are truly being paid less than their male counterparts. I don't doubt it's true, though. Hollywood has a history of considering its female stars, writers, directors and more less than equal, whether it's the quality of the parts they're given or the zeroes in the salaries they receive. It's a frustrating truth of the industry (and of plenty of other industries, too), and while change is being made, there's still enormous progress to go before equality is reached.

And while yes, it might be ridiculous for any showrunner, male or female, to receive tens of millions of dollars for creating a TV series, the fact is that if one person is getting paid that much, so should everyone else in the same position. If it is true that Kohan's salary is less than Weiner's or other male showrunners, here's hoping the studios rectify it before long; it'd be a major disappointment to realize that the woman behind one of the most inclusive, barrier-breaking shows on TV is the victim of discrimination herself.

Besides, she's not asking for much; as the article notes, instead of wanting "a wish list of pricey items," she just wants to be paid enough "to never have to do anything I don't want to do, never take a job that I don't want to take." And for the woman that gave the world Piper, Crazy Eyes, Pornstache and so many more, is a little security really so much to ask in return?