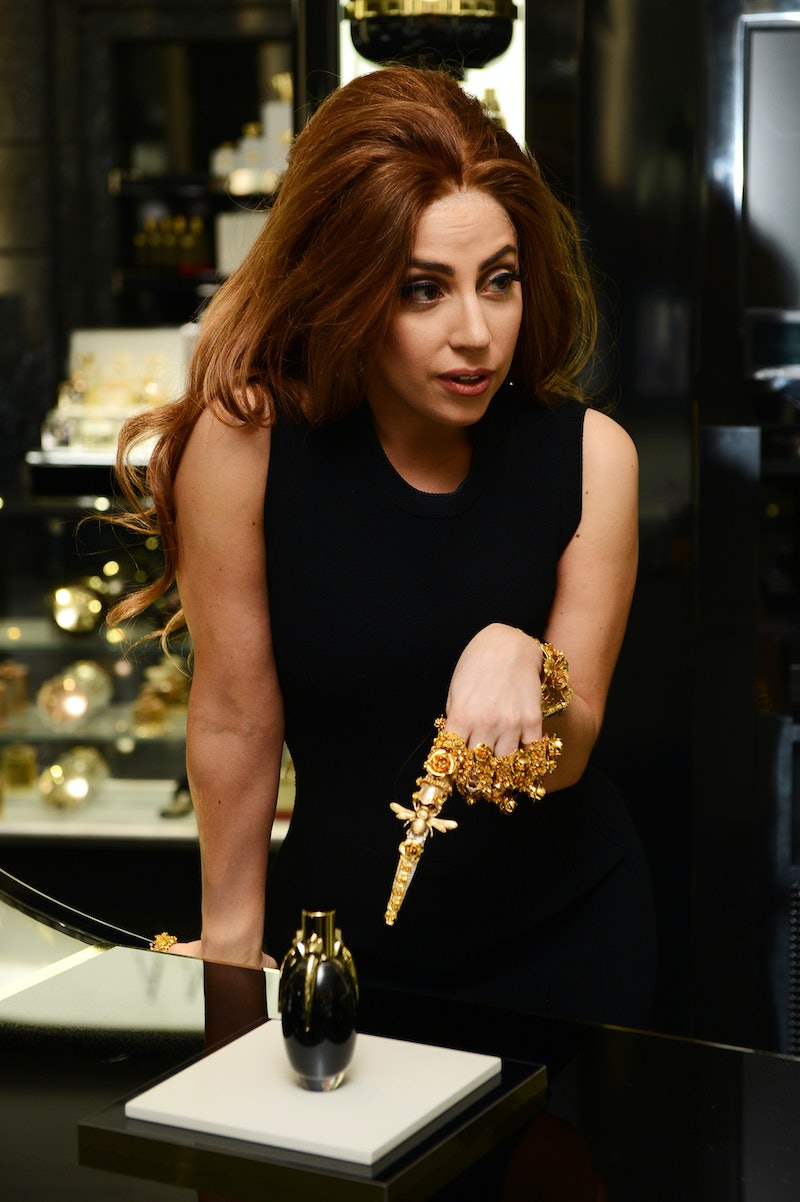 It looks like Katy Perry isn't alone in having an upcoming single leak early this week. Lady Gaga, whose third album, ARTPOP, will come out in November, saw her new song, "Applause," leak online over the weekend, but then took matters into her own hands by releasing it herself today. In a series of tweets with questionable uses of "911" and "POP CULTURE EMERGENCY," Gaga revealed that low-quality versions of the single had been leaked, but that the real version would be premiering on the radio for all to hear.

"Applause" was originally set to be released on Aug. 19, but on Saturday, several sites posted links to streams and illegal downloads. Gaga's team removed the song, and the singer's passionate fans started an anti-piracy movement on Twitter. Yet despite this effort, Gaga still chose to release "Applause" early today.

We couldn't be happier, though. "Applause" is an upbeat, energetic track that, while not quite as powerful as "Born This Way" or "The Edge of Glory," is just the type of fun, club-ready stuff we like to hear from the singer. It likely won't be long before the remixes start flooding in; DJs are probably salivating over the song, with its strong beat and simple but effective lyrics.

Take a listen below: