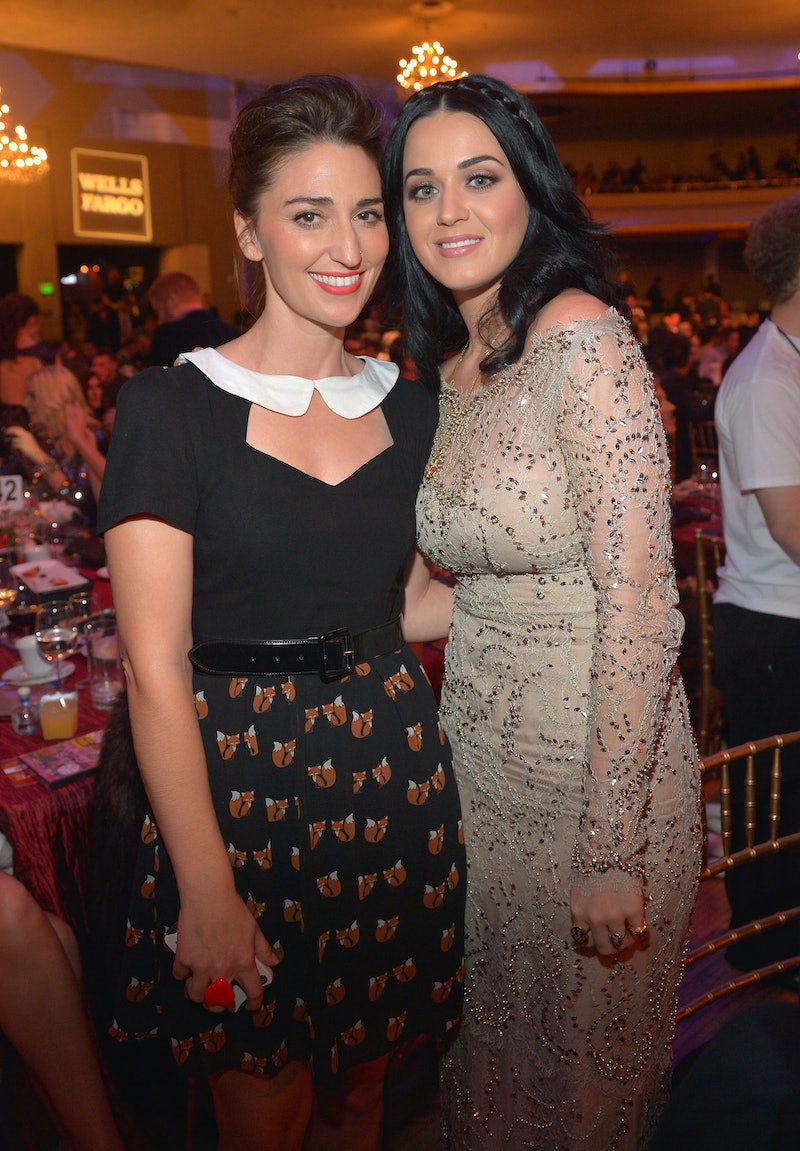 Katy Perry's new album Prism has been receiving all kinds of attention. First of all, it contains Perry's newest single "Roar", which was leaked online, and second of all, the album will be released within weeks of both Lady Gaga and Rihanna's newest albums. However, the latest criticism/attention directed Katy Perry's way has to do with "Roar's" similarity to Sara Bareilles's "Brave." (Listen to both below.)

Now, it should come as no surprise that pop songs can sound generic and therefore similar, but critics the Internet over have been crowing about the unusual similarities between these two songs, and given that Perry tweeted about Bareilles's song months before releasing her own, she can't exactly pretend she hadn't heard it before. Perry is trying to reinvent her sound on her new album, so releasing a dead-ringer track for Bareilles's track is a worrying start to what will be another three months of build up to Prism's official release.

Let's have a look at both, though, and see what we can discern. A copycat track might just signal doom for Perry's newest album, and as devoted fans, we simply have to know those sorts of things.

First Offense: Both "Roar" and "Brave" have the exact same back beat.

Coincidence? I think not.

Rebuttal: But Katy has a completely different sound to Sara Bareilles, and loads of songs have a similar backbeat, what of it?

Response: Yes, but one wouldn't even be wondering about plagiarism if they were literally the same, right? That would be a little too obvious.

Second Offense: The meanings of both songs are the same.

Sara Bareilles's song says, "Say what you wanna say/ And let the words fall out/Honestly I wanna see you be brave." Katy Perry's goes, "Cause I am a champion and you’re gonna hear me ROAR/ Louder, louder than a lion." Convenient that two songs that sound the same would also have the same message about speaking up for oneself, eh? This is like someone reading Harry Potter and then having the divine realization that they need to write a book about a boy who finds out he's a wizard. You can't get inspired by a song about speaking up for yourself and write more or less the same exact song about standing up for yourself.

Rebuttal: But Sara Bareilles's song is about us being brave, Katy Perry's is about her standing up to her detractors!

Feel free to join in the debate people, but if you just give 'em both a listen, the writing is pretty much on the wall. We can hope Katy Perry's other stuff on Prism is more original, but this doesn't bode particularly well for her new album.