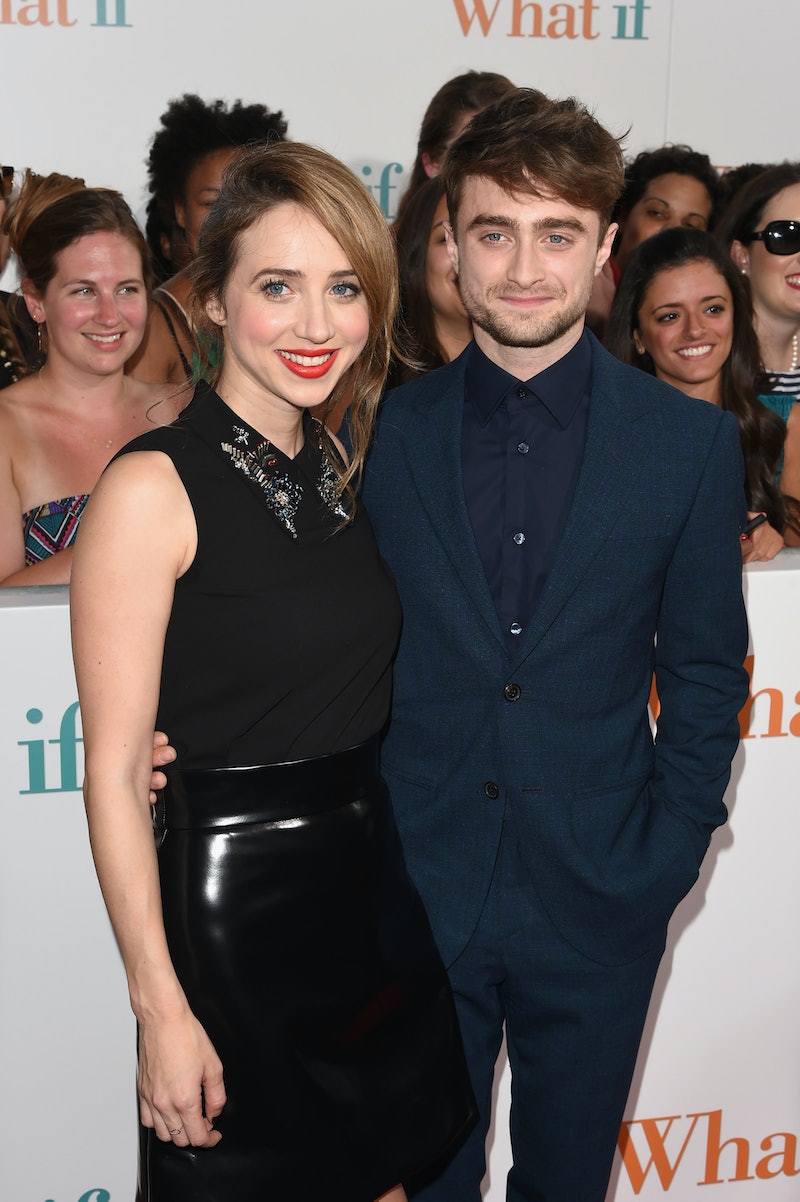 Miu Miu is kind of the ultimate blend of cool and cutesy — so who better to wear the brand than Dakota Fanning and Zoe Kazan, both leading experts in the field? The two actors recently stepped out in impeccably-styled looks featuring (almost) the same blouse. Therefore, I think it's time for a little friendly competition.

In one corner, we've got actor/screenwriter Zoe Kazan. Personally, I hadn't heard of her outside of her recent modeling stint for Warby Parker, but a little Googling told me that she's an accomplished Broadway actress (we're talking big projects like The Seagull with Peter Sarsgaard and Kristin Scott Thomas, and rave reviews for Angels in America with Zachary Quinto and Christian Borle), a playwright/screenwriter (she wrote and starred in Ruby Sparks a few years back), and granddaughter of theater legend Elia Kazan.

She wears a lot of metaphorical hats, all of which are very, very enviable. Recent additions to her hat collection include an adorable-looking romantic comedy with post- Harry Potter Daniel Radcliffe and a burgeoning indie fashion it-girl status.

In the other corner? Dakota Fanning. We all know who Fanning is — she's been on the scene since she starred in I Am Sam way back in 2001 (and if you didn't know her from that, chances are you saw her in War of the Worlds with Tom Cruise). And since we're on the style side of things right now, it's worth noting she also has a long career as a fashion girl: She's a friend of Marc Jacobs (she even starred in a controversial campaign of his), the Mulleavy sisters (of Rodarte fame), and has been a longtime wearer of Prada/Miu Miu, which could technically give her a leg up in this face-off.

Everything in Fanning's outfit coordinated to perfection, from the graphic point-toe pumps to the acetate sunglasses. The embellished collar and detailing on the skirt (not to mention the windswept done/un-done hair) keep things youthful and age-appropriate.

Also, does anyone else love the fact that her Starbucks has the name "Joe" written on it?

Fanning's take on the look was a touch more put together, but I have to say, that blouse might just look better in black. Also, until today, I never knew I needed a high-waisted patent leather A-line skirt (not to mention metallic cap-toed loafers).

I think I'm going to have to give the edge to Kazan for her slightly more playful take on the look. What do you think?