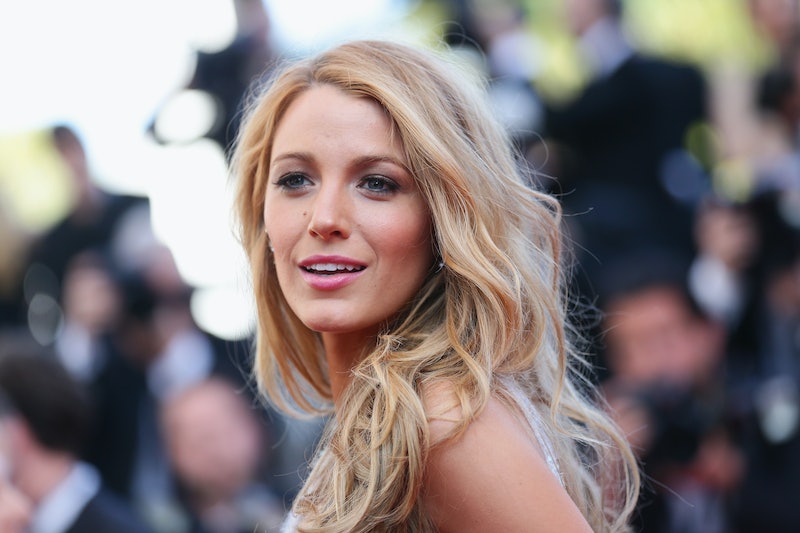 Poor Blake Lively. Well, not really (at all), but still — I can only imagine how much it would suck to get really bad feedback on your so-called passion project, especially from a supposed good friend. That's exactly what happened when Huffington Post asked Lively's wedding hero/icon Martha Stewart what she thought about Preserve. Stewart didn't have the nicest things to say about it ("It's stupid!"), sort of implying that Lively should just stick to her day job. Blake Lively responded to Martha Stewart's comments and, according to E! News, she wasn't too affected by the remarks, continuing to idolize her.

"Who doesn't want to be Martha Stewart? Martha Stewart has been a huge inspiration to me my entire life. She's a huge source of inspiration for my mom. She's how I came to know and love Martha," said Lively. "I always say that Martha Stewart Living is the only magazine I ever had growing up. I never had Tiger Beat or any of that stuff."

Lively knows that she's a successful actress and all that, but considers Preserve just as important of a career as acting. "I want to have my own path professionally and even as she said, I'm an actress. I'm doing something totally different so now I sort of have two careers going on and it'll be interesting to see how it all pans out." Still, she's realistic and knows one will "pay the bills better than the other."

It's nice to see that Lively is standing strong behind her website and not letting anyone take her down, despite all of the terrible reviews that keep coming. Lucky Magazine shared a photo of the awful packaging they received when they ordered some of her pricey spoons. Jezebel polled a bunch of "real dudes" on what they thought of the products she was selling and, as you may have guessed, their evaluations were not exactly glowing. Gawker just called it "the most disturbing site on the web." Womp, womp.

I may not have totally fallen in love with Preserve either, but I am hoping that she can take all this negative feedback and turn it around into something that would make her frenemy Martha Stewart proud. You can do it, Serena van Der Woodsen!

More like this
Here Are All 703 Outfits Rachel Wore On Friends
By Kat George
The Best Heels For Bunions, According To A Podiatrist
By Margeaux Baulch Klein and Maria Cassano
The Definitive Guide To Every Real Housewife Beauty Brand
By Audrey Noble
Khloe Kardashian's Mermaid-Length Waves Give Major Goddess Vibes
By Olivia Rose Ferreiro
Get Even More From Bustle — Sign Up For The Newsletter