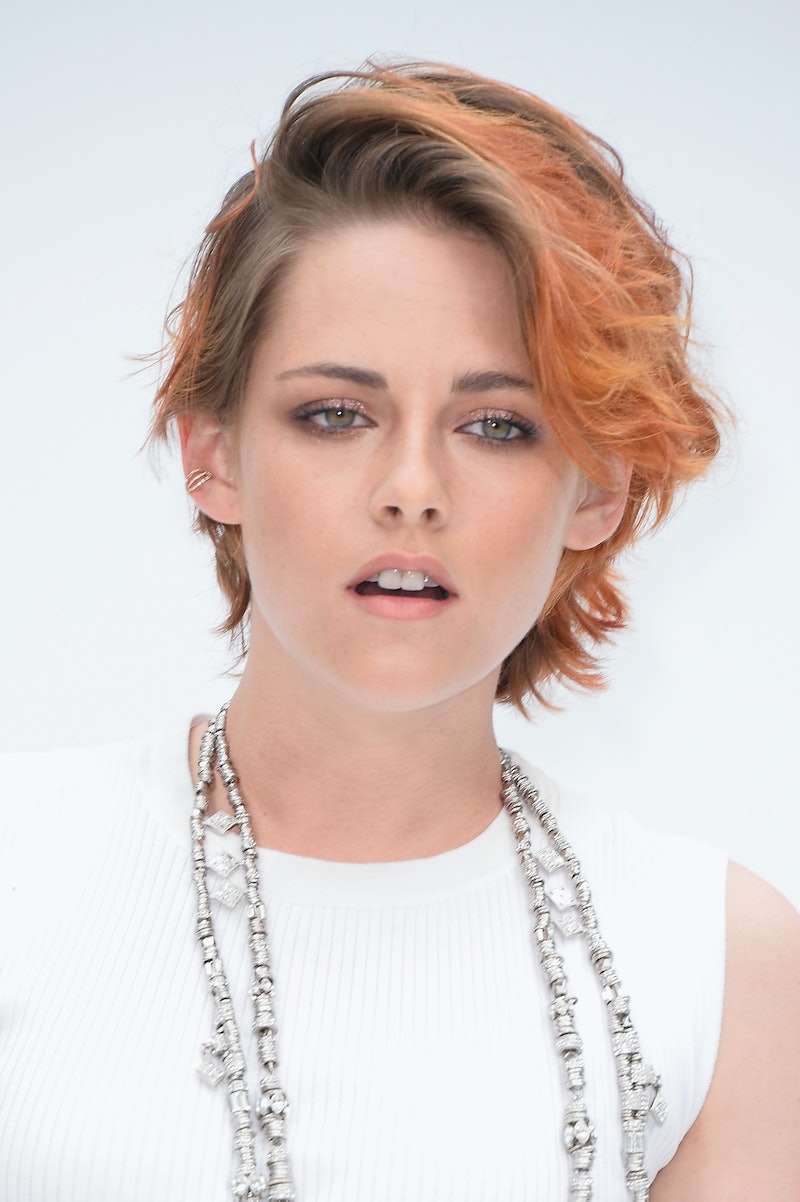 Famous for her red carpet puss face, recently Kristen Stewart admitted why she doesn't smile in photos. She feels she can't win and that if she actually did smile, she'd be vilified for that, too. That's totally understandable, but K. Stew often looks incredibly miserable when being photographed, giving off a grumpy or a stoic expression; it doesn't feel accidental at all.

While the actress indirectly signed up for having her picture taken wherever she goes when she chose this career path, it's understandable that some people aren't always comfortable in front of an invasive camera, no matter what their occupation or profession.

But she's not the only red carpet scowler out there. Fellow A-lister Victoria Beckham is as famous for her smile-free red carpet poses and posturing, which has lead to the misconception that she is humorless and miserable, as Paris Hilton is for her protruding and pouty bottom lip. She shut it down, saying that she smiles when it's important (like in her family photos) and that she doesn't smile for the paparazzi because it's, well, weird. Can't say I blame her, really.

Both K. Stew and Posh Spice, each of which is pretty beautiful, put on the unhappy face in their photos but with good reason. So who scowls better? Who's non-smiles the best?

Let's compare and contrast and find out.

When she is hiding behind a pair of sunnies, you can't glean too much information about her mood from K. Stew's eyes. She looks super sour in this snap, especially since her peepers are obscured.

Posh, who is a respected designer with her eponymous clothing line, often rocks huge shades on her angular face. It's one of her signatures and is a glamazon move, so her non-smile when wearing shades is a tiny bit more accessible than Stewart's.

Stewart looked lost in thought while on the red carpet. It's an incredibly intimate shot of her in a very public place that's totally engulfing and mysterious.

When her gaze is averted from the camera and her head is tilted slightly downward, K. Stew looks tense and pursed. This is possibly an avoidance pose.

Beckham's shoulders are slightly back and she is not aware of a camera, so she seems more natural and comfortable while in motion. She's definitely more approachable-looking.

Stewart's stare is so intense she could practically make the camera explode upon making eye contact. Her eyes upstage that unique and interesting ensemble she's wearing.

Beckham strikes a model's pose, slightly turned while making eye contact. Her side-eyed stare is less intimidating than Stewart's, but it's not a case of better or worse. Beckham appears more accessible and less "Stay the eff away from me" when looking right at the lens.

5. When They Do Turn Those Frowns Upside Down...

Stewart is way more relaxed and loose when she smiles. Plus, her grin lights up her whole face and it doesn't feel forced or fake at all. Totally beautiful! Is being a celeb really that bad?

Same with Posh! She's not as standoffish when flashing her pearly whites. But in this pic, she does look like she is smiling because someone has asked her to. She hasn't been caught smiling just 'cuz here.

So who scowls better? It's hard to say. They both don't smile in unique ways. Posh seems more at ease with her smile-less photo posturing, while Stewart gives off an air of "Get me outta here" in her sans smile photos.

That sad, both are blessed in the looks department so they can scowl the night away as they wish.