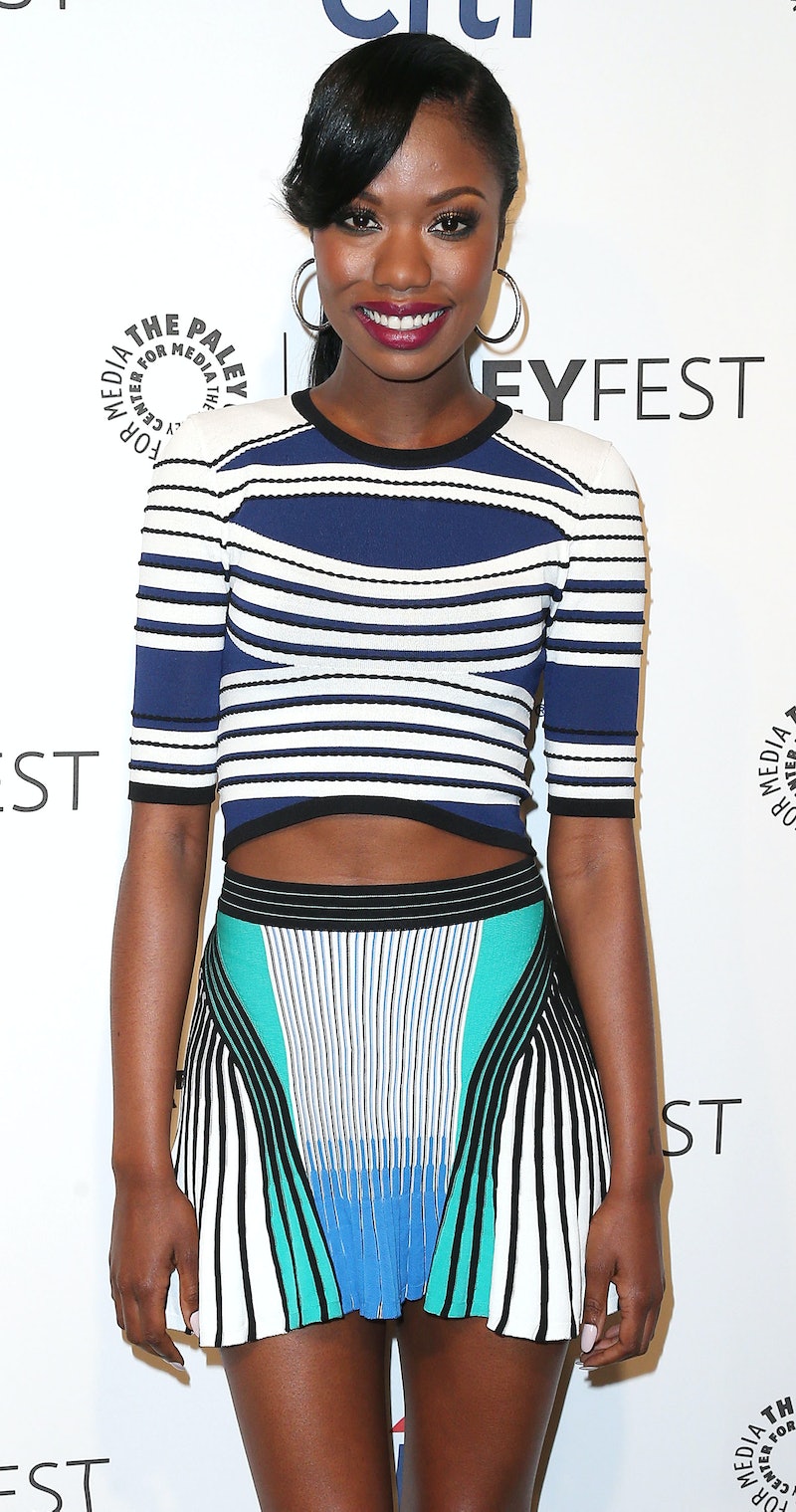 Mindy Lahiri and Danny Castellano finally got together during The Mindy Project Season 2 finale, but what happens after the romantic, semi-clichéd kiss atop the Empire State building? It's been a long summer so far without our favorite couple, so Bustle spoke to Mindy star Xosha Roquemore, who plays fast-talking nurse Tamra, about what's ahead for Mindy and Danny and the other budding office-romance.

"We're only on episode two so far," Roquemore says of Season 3. "But yeah, they [Mindy and Danny] are together and we're just really exploring that in depth."

And when Roquemore says we'll be seeing their relationship "in depth" this season, she really means it. The actress goes on, "We're really going to see their life as a couple and how it effects everyone in the office ... how it effects their work and them, and just this new element to our group."

But don't expect Tamra to have anything in particular to say about it. The actress reveals that Tamra's more interested in herself than anyone else's relationship.

And thankfully, we're going to get more of hilariously self-centered Tamra and her love interest Morgan in Season 3. "We're kind of seeing each other in the last episode, " Roquemore recaps, "so I think we're just moving forward in that direction."

The actress quotes costar Mindy Kaling's July 2014 interview with Glamour , where the series' creator says of Tamra and Morgan, "I always think of them as Kelly and Ryan on The Office, like on-and-off again every episode, and you don’t know what they’re doing. People love them, I love them together, and I love their characters."

Roquemore expanded a little on Kaling's comparison and revealed about the couple in Season 3, "You never really know if they're together or not, but you know there's something there. Sometimes you might see them on a date and sometimes they might be dating someone else."

But that doesn't mean that we won't see any real moments between this "other office romance," as Roquemore calls them. "I think there will be some moments coming up in this season where we'll see the romance between Tamra and Morgan. That's for sure."

"They're like this fun, two-peas-in-a-pod type relationship," the actress jokes about the couple before explaining that there's definitely more room for back stories and character development when it comes to Tamra and Morgan in Season 3.

As for the rest of Mindy Season 3? "It's more of the same stuff that we already love about the show, but better. It's better because we know the characters more than Seasons 1 and 2. So it's just more lovable," Roquemore says.

As if we could love these characters any more.