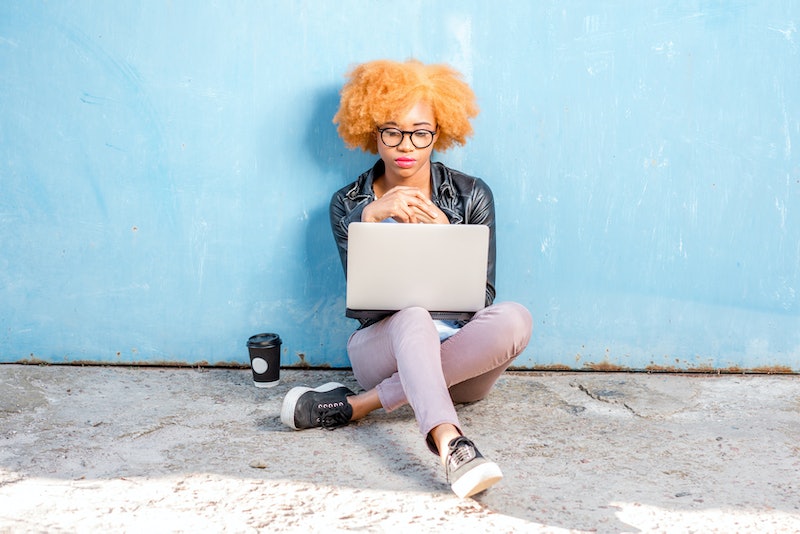 This week in "Perils of Women Who Write On the Internet" News, Jezebel is calling out Gawker Media, saying the company is neglecting to address an issue the feminist website is having with commenters.

One or more individuals using anonymous, untraceable accounts are posting extremely upsetting GIFs in the comments section of Jezebel stories; The GIFs are typically clips of violent pornography, but over the weekend the harasser or harassers stepped up their game by posting images of gory injuries with the Jezebel logo ‘shopped in over them. The Jezebel staff are apparently the only ones with the ability to moderate and remove the comments, and the frequency with which they’re posted means that dealing with these images is now a regular part of their duties. According to Jezebel, there are no plans from Gawker to allow the blocking of IP addresses, nor are their plans to record the IP addresses of the anonymous accounts from which the GIFs and images are coming.

This is Jezebel’s issue to work out with Gawker leadership, so I’m not going to dig much further into the company-specific issues. But what I will discuss is the larger issue of the harassment of women who write on the web — because it’s not just limited to Jezebel. It’s happening everywhere, and something absolutely needs to be done about it.

Earlier this year, Amanda Hess wrote an excellent and widely discussed piece for Pacific Standard dealing with the harassment and stalking of women on the Internet. It was eye-opening for many who hitherto had never realized how much of a problem it is. Although the essay was pegged to a specific campaign being waged against her on Twitter, which Hess had become aware of in 2011 during a vacation to Palm Springs, this wasn’t the only time she had encountered such vitriol in response to her writing. The essay recounted her experience trying to get law enforcement involved — and the wall she came up against each time she reported an online rape or death threat to the police.

In each case, she was dismissed and ignored. After an incident in 2009, she wrote, “The officer dispatched to my home asked, ‘Why would anyone bother to do something like that?’ and declined to file a report.” In 2011, during the Palm Springs incident, she wrote, “the officer who came to my room said, ‘This guy could be sitting in a basement in Nebraska for all we know.’ That my stalker had said that he lived in my state, and had plans to seek me out at home, was dismissed as just another online ruse.” The Palm Springs police officer also had no idea what Twitter was.

Nor, as Hess she pointed out, was she the only woman dealing with such graphic comments and threats. Among the other examples Hess cites are these:

“To Alyssa Royse, a sex and relationships blogger, for saying that she hated The Dark Knight: ‘you are clearly retarded, i hope someone shoots then rapes you.’ To Kathy Sierra, a technology writer, for blogging about software, coding, and design: ‘i hope someone slits your throat and cums down your gob.’ To Lindy West, a writer at the women’s website Jezebel, for critiquing a comedian’s rape joke: ‘I just want to rape her with a traffic cone.’ To Rebecca Watson, an atheist commentator, for blogging about sexism in the skeptic community: ‘If I lived in Boston I’d put a bullet in your brain.’ To Catherine Mayer, a journalist at Time magazine, for no particular reason: ‘A BOMB HAS BEEN PLACED OUTSIDE YOUR HOME. IT WILL GO OFF AT EXACTLY 10:47 PM ON A TIMER AND TRIGGER DESTROYING EVERYTHING.’”

Consider, too, Conor Friedersdorf’s response to Hess’s piece on The Atlantic. As a writer, Friedersdorf thought he had developed a shell hard enough to deal with anything the Internet could throw at him — until he spent some time covering for his colleague Megan McArdle while she was on vacation. While managing her blog’s inbox, he wrote, he was “shocked” by what he read. What’s more, he found the same sorts of horrifying messages directed at gay men during a period in which his duties included handling emails addressed to The Daily Dish’s Andrew Sullivan. In both cases, he described the correspondences as follows:

“To really understand how it feels to read these missives… it’s necessary to experience their regularity. Instead of a lone jerk heckling you as you walk down a major street, imagine dozens of different people channeling the same hyper-aggressive hatefulness, popping up repeatedly on random blogs for hours on end. That’s what some bloggers had to endure over the course of years to make it.”

And it’s not even limited to the writers themselves. Remember that extremely passive-aggressive husband who sent his wife a spreadsheet of all the times they didn’t have sex? The comments thread on The Concourse’s article about it (also a Gawker site, although that’s coincidental) features a wide variety of commenters telling anyone who defends the wife to “go back to Jezebel.” The comments look like they’ve been cleaned up a little bit since the first time I read them, with less name-calling and whatnot; the fact remains, however, that telling anyone who dared to suggest that maybe the wife wasn’t fooling around on her husband to return to a place that is clearly derided… well, let’s just say it’s only a step up from “You don’t know what you’re talking about, now get back in the kitchen and make me a sandwich.”

Although cyberstalking is illegal in a number of states in the U.S., as of now there is no legislation in place at the federal level. Both the Megan Meier Cyberbullying Prevention Act and the Tyler Clementi Higher Education Anti-Harassment Act, both of which were named for young people who took their own lives after being cyberbullied and harassed, have stalled — the arguments against them state that their concerns are covered by other laws, or governed by other bodies, or that they impinge upon free speech. Even if the pieces of legislation themselves are flawed, though, the fact that there is nothing to regulate this kind of harassment at the federal level remains a huge issue. If all we’re doing every time an incident of cyberstalking occurs is going, “Well, that’s not our problem, because look at this thing here that might maybe make it someone else’s problem,” how can we hope to get a handle on the issue? With no one being held accountable, it just keeps slipping through the cracks, even when it results in tragedy.

I’ll admit that we’re treading on delicate ground with regards to the law. Obviously we don’t want to end up in Minority Report sort of situation where people are arrested for crimes they haven’t even thought of yet, let alone committed. I’m also not familiar enough with how the law works to know how it deals with intent in a non-cyber scenario. But reading things like atheist blogger Rebecca Watson’s account of how the cops handled — or rather, didn’t handle — her threats make my blood boil: After being given the runaround, she wrote, “I finally got through to someone who told me that there was nothing they could do but take a report in case one day [he] followed through on his threats, at which point they’d have a pretty good lead.”

“I finally got through to someone who told me that there was nothing they could do but take a report in case one day [he] followed through on his threats, at which point they’d have a pretty good lead.”

Call me crazy, but I think that common sense states that if we’re at all capable of preventing a crime after someone has repeatedly stated, “I’m going to kill you” or some variation thereof, then we should go ahead and at least investigate. Or offer protection to the person at whom the threats are aimed. Or do something — anything — other than simply saying, “I’m sorry, we can’t do anything right now, but if he does kill you, your spirit will be able to rest easy knowing that we’ll probably be able to catch him.” Every time that scenario becomes reality, the victim will still be assaulted or dead, we’ll still have known that the crime was a very real possibility, and we’ll still have not bothered to try to do anything to prevent it, even when we could have.

I’m fortunate in that the worst I’ve ever encountered as a writer is random people calling me dumb. I’ve never been sexually harassed, I’ve never had anyone tell me they’re going to hunt me down and assault or rape me, and I’ve never had any death threats leveled at me. In the grand scheme of things, insults to my intelligence, while annoying, are easily ignored. But any harassment, no matter how mild, shouldn’t be something women, or gay men, or any other group of people should have to worry about in order to do their jobs. They shouldn’t have to worry about it in order to simply exist on the Internet. How long are we going to wait until we finally do something about it?