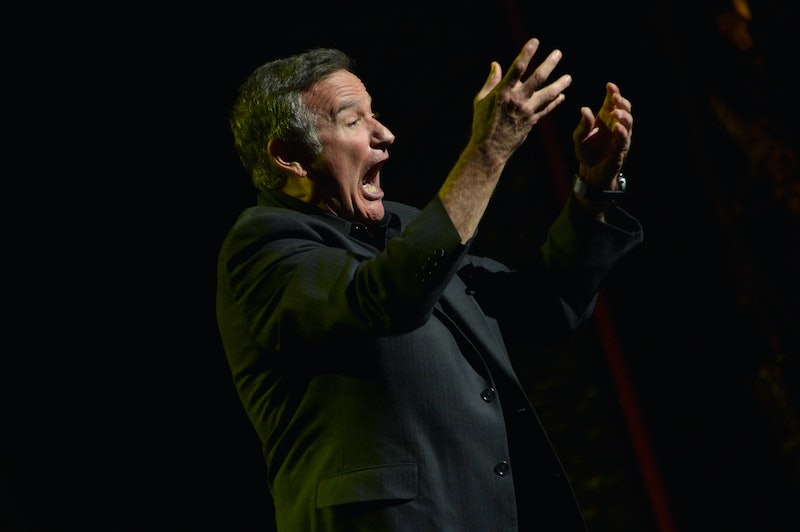 On Monday morning, Robin Williams passed away at the age of 63. Reportedly, Williams had been away at a rehab facility about a month prior to his death. Having struggled with alcohol and drug addiction for quite some time, Williams sought to maintain his sobriety. However, according to a tweet from his publicist, Williams had been struggling with severe depression, and police authorities report that Williams' apparent cause of death was suicide. Known for his abilities as a skilled comedic actor and various voice talents, Williams will certainly be missed. Shortly before his passing, reports had confirmed a Mrs. Doubtfire sequel, and Williams was on board to reprise his well-loved, iconic role as the divorced dad who disguises himself as his kids' nanny. More recently, Williams was also enjoying a successful run with the CBS series The Crazy Ones .

Before he gained widespread fame for his roles in more well-known movies like Mrs. Doubtfire, Flubber, and Good Will Hunting, however, Williams was enjoying a successful career in standup comedy. These rare clips from Williams' early stand-up days show us a young comedian who wasn't afraid to take risks. His potential for a lifelong comedy career was evident, even in the early days.

Check out the clips below for some of the highlights from Robin Williams' early years:

"Some culture among the caca."

Robin Williams Live At The Roxy, 1978

In which Flipper the dolphin makes an appearance.

Robin Williams Live At The Met

Can "realistic beer commercials" be a real thing?

An Evening With Robin Williams, 1982

On prom, penises, and male breastfeeding.