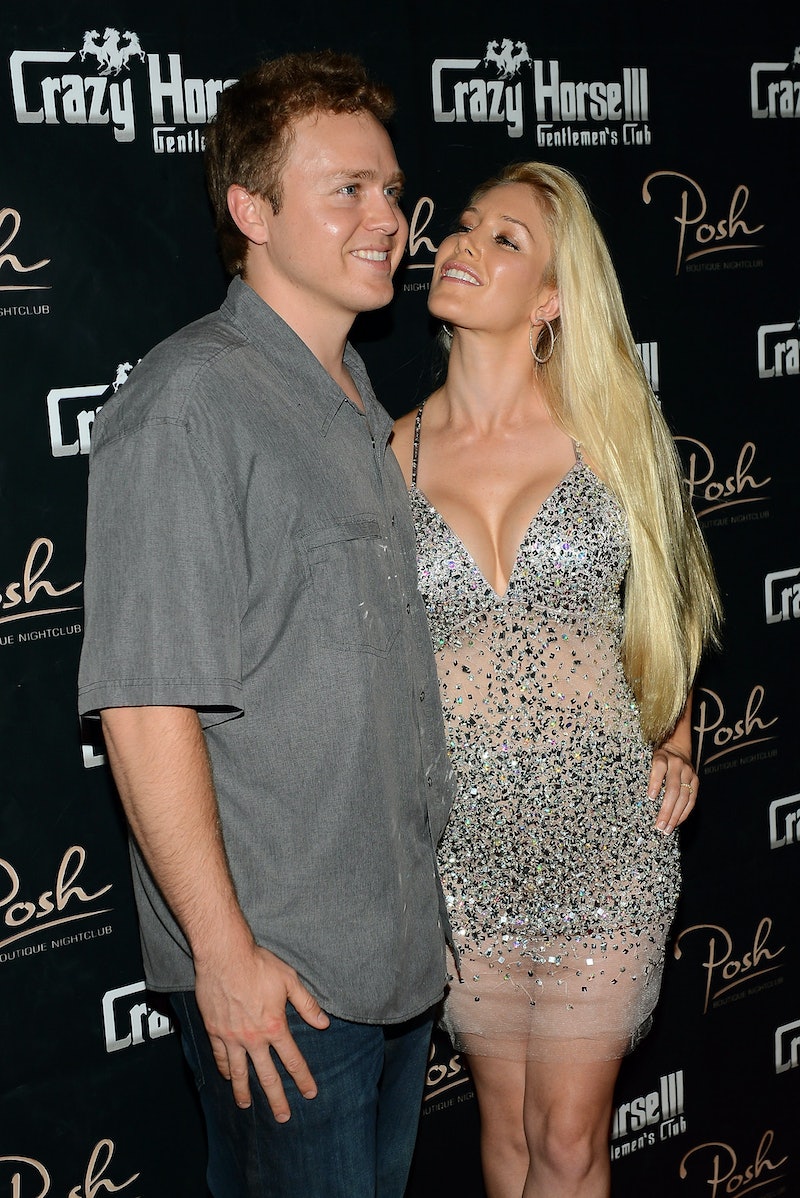 Spencer Pratt and Heidi Montag are just everywhere these days, aren't they? It was like once it was confirmed that they were both still Earthbound, the jig was up and out they crawled out from their fully stocked bomb shelter and re-entered society. Albeit, this go-round in the spotlight, they appear to be lot less abominable than they were back in the day, or really, on the show. Because, as Kristin Cavallari has pointed out, the show may have not been as real as we already guessed it not to be. But still, despite the script, I have a hard time wrapping my mind around the fact that even years later Hills alum Jen Bunney would invite Montag and Pratt to her wedding. Most of The Hills cast don't bother with each other at all. It's a sentimental marker in our early 2000's hearts that sometimes, Southern Californian friendships between beautiful and infamous people can last.

So obviously, Montag and Pratt must not be as awful as The Hills painted them to be. They've proven me wrong before in quite a few ways, mainly, because they're still together. Speidi had some really sweet things to say about former costar and friend, Bunney, and her husband. "Jen and Taylor are truly soul mates. There are not two people who are more in love and destined for each other. Truly a divine match. I wish them all the blessings in the world and a long happy life together," Montag gushed to Us Weekly. See? That was so nice!

In fact, Montag kept up the endearing well wishes on her Instagram:

And, for another more up close and personal shot of Bunney's beautiful dress:

It's nice to know that some friendships were actual reality.