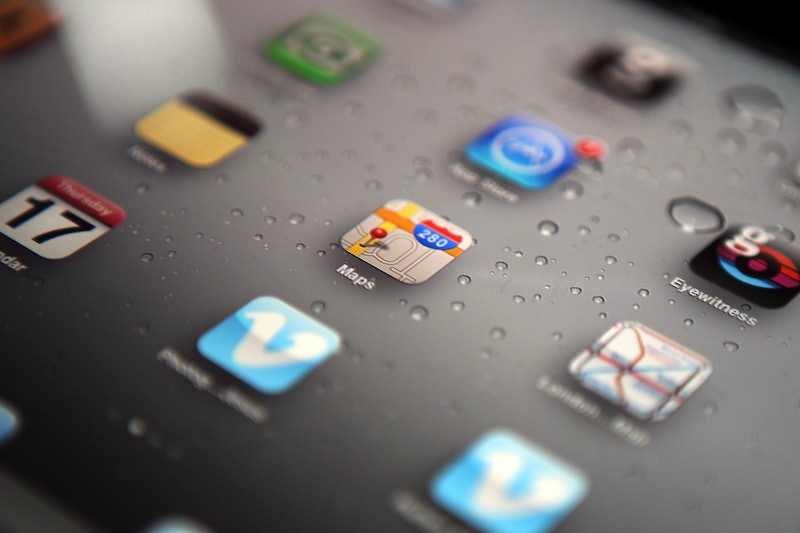 You've probably heard about Apple's much-anticipated iOS 8, expected to be released with the next iPhone this September. But you might not have realized that the latest software includes a handy app called HealthKit, which Apple says will gather information from your third-party health and fitness apps, and help you better track your health and fitness on a regular basis.

Right now, there are thousands of applications from third-party companies utilized by iPhone users, and all that information isn't currently stored in one location. For instance, let's say you're trying to exercise to maintain your heart health. You might be using the app Map My Ride, which is a GPS for bike riding as well as Pedometer++. You may also want to measure your heart rate along your ride with an app called Cardiograph to track which your heart rate during bike riding and walking.

Apple is discussing ways to use HealthKit with John Hopkins, Mount Sinai, and Cleveland Clinic, as well as health records provider Allscripts, according to Reuters. Although there aren't any established agreements to work together with those three hospitals and health records provider at this point, this shows just how serious Apple is with streamlining the way we gather, store and share health records.

At this point, Apple has already agreed to partner with Epic, a healthcare records provider. Apple is also partnering with Nike as well as Mayo Clinic, which already has a series of mobile apps. One Mayo Clinic service is currently being tested that would alert you if results from any devices or applications are out of the ordinary, and suggest what you should do next.

Sooo, what can the HealthKit app do for you?

Rather than looking for your personal information in each health and fitness app you have on your iPhone, you can see it all in one place. For instance, let's say you like going for walks in new areas, but don't know your way around. You also like to stop for a bite to eat during or after your walk, but you're gluten-intolerant.

So, you could use apps like Find Me Gluten Free, which features restaurants in the area that have gluten-free items on their menu. Plus, you can use Walkometer GPS Pedometer to map out where you're going to walk based on the gluten-free restaurant you just spotted. Instead of having to go into each app individually, you could see it all in one place with HealthKit. Pretty cool, huh?

This latest application is included in Apple's iOS 8, which will roll out this fall with the new iPhone. But you don't need the latest iPhone to use HealthKit. Instead, you can use HealthKit with an iPhone 5s, complete with an M7 motion processor. It's rumored that Apple is developing the iWatch and although there's no certainty as to whether or not it's actually being developed and if so, when it will be released, the iWatch would likely enhance your HealthKit experience.

Of course, if you're going to use HealthKit, you want to make sure your information remains private, right? Well, that's where it may get sort of tricky for Apple. According to Forbes, a former official with the HHS Office of the National Coordinator for Health IT told Reuters that Apple would not need to obey rules set by HIPAA when tracking running progress with a Nike app.

However, if Apple partnered with hospitals to stock medical information for hospitals, this would require Apple to obey HIPAA rules, which would likely be established with each individual hospital.

Plus, doctors would need to determine which applications should be used for their patients, and which ones to suggest to patients, according to Reuters. That will only become more complicated, since there are hundreds more anticipated medical applications scheduled to become available in Apple's App Store in the next few months.

More like this
Here's How Cardio & HIIT Affect Your Body Differently
By Carolyn Steber
How To Turn Off Night Mode On Your iPhone Camera
By Emma Carey
Behind The Hilarity Of The "POV: You Walk Into My Room" TikTok Trend
By Lexi Inks
The 7 Best Laptop Stands For Zoom Meetings
By Megan Gray
Get Even More From Bustle — Sign Up For The Newsletter