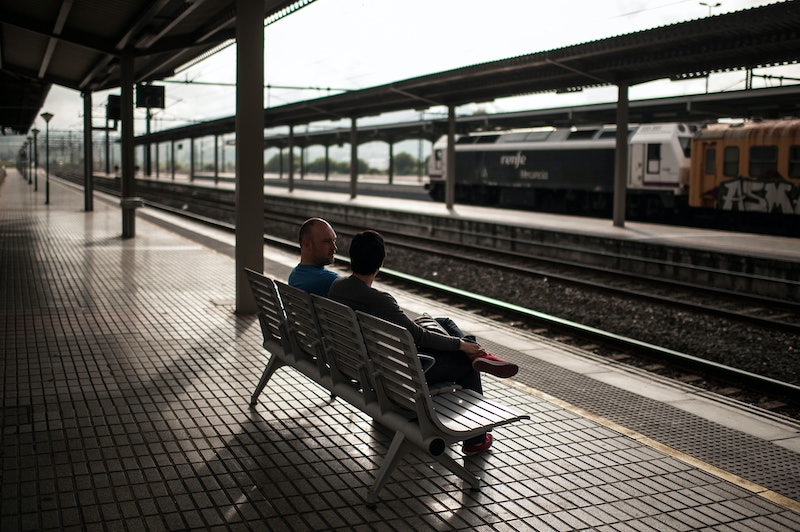 In the sequel to Willy Wonka And The Chocolate Factory, Charlie and Willy hop into an elevator and are whooshed into space. That may be a more feasible scenario than Elon Musk's draft for the 2029 "Hyperloop," a projected "fifth mode of transport" (after boats, planes, trains, and cars) that promises to whiz travelers from one coast to another in half an hour.

Hyperloop's draft is "open-source," meaning that anyone can view and edit it online. The basic idea is that passengers will travel in a small pod, and will be shot — a little like a bullet from a gun — through tubing that stretches across the country. Sounds ambitious? Well, it really is. Here, some key issues facing the Hyperloop, according to the expert skeptics:

It'll get too hot. Let's take a moment to remember that this is a train, in a tube, traveling faster than an airplane. From technology analysis site Navigant Research :

If a prototype of the Hyperloop – Elon Musk’s futuristic superfast train – ever gets built, it will have to overcome some very significant engineering challenges. The biggest concern with this plan has to do with temperature. The pod will be compressing air and expelling it downwards and backwards. All that air compression creates an enormous amount of heat, which can damage the pod and its machinery.

It's not a new idea. The first draft of a transport system involving tubes was hatched in 1812. Forty years ago, it re-emerged, with a significantly better plan than Musk's, says Business Insider.

Musk designs electric cars and space transport, and is significantly acclaimed in his field — but to take on designing an unprecedented transport system from scratch, in one of the world's largest countries, might imply that Musk has an elevated view of his own self-importance.

The pod will face a lot of physical stress. Navigant Research says that, after temperature, the Hyperloop's biggest issue is the sheer amount of stress the "pod" will face during every trip:

Wind stress is another challenge. Any structure elevated 100 feet off the ground is going to be under a lot of wind pressure, which will act on it in weird and sometimes multiple directions. If that structure is a heavy tube stretching hundreds of miles in either direction, you effectively have a big sail. Will the concrete pylons be powerful enough to resist that pressure?

It's not even a priority for Musk. He described the two-year plan as a "background project," and while it's his brainchild, he won't build and fund it himself. The open-source nature of Hyperloop suggests that it'll be someone else's job — not necessarily the best person for the job, but anyone who can fund it and believe it's plausible — to go about actually making it.

Would it be private or public? It's a multi-billion-dollar project (at least,) and so it would require either federal funds or a large-scale private investment. The Huffington Post argues that putting any sort of high-speed rail in the hands of private companies is a recipe for disaster:

Leaving high-speed rail chiefly to the private sector is a dangerous pipe dream.

In Taiwan, for example, in 1998 the government signed a 35-year private concession to build and operate service linking the Island from North to South, based on the promise that no public funding would be required. When the Asian financial crisis struck, the private operator was forced to take on large debt at much higher rates than a governmental body would. The private shareholders eventually balked at finishing the project, leaving it in financial limbo. The government had little choice but to accede to a costly bailout.

CNet, however, is hell-bent that we should all stop being so damn negative.

The list of things our species wouldn't have if we were only concerned about death, discomfort, or security issues is long and goes all the way back to domesticating horses or even fashioning sticks and stones that were kind of sharp. These are reasonable questions to ask, but if they're the first questions we ask, we're letting fear dictate our future, and that future will inevitably disappoint because we never tried anything. We might die, or we might not, but we shouldn't live in fear when we could first just try it.

To that end, asks Forbes, why can't we just have a space elevator?

Or, for that matter, why can't North Korea make its own smartphone? Oh, hang on, that actually just happened...