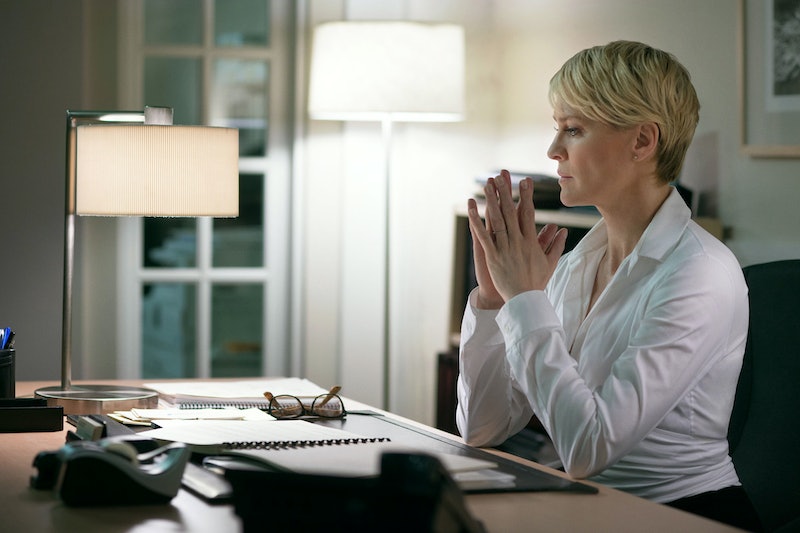 It's time for the annual addition of hip phrases from modern vernacular into the Oxford English Dictionary. Are you ready? Last year it was "Selfie" and "Twerk," brought to popularity in part due to the efforts of people like Kim Kardashian and Miley Cyrus. This year, one of the new official words hasn't been brought forth by celebrity efforts, though — it's been brought forth by you. "Binge-watch" has been added to the Oxford English Dictionary. Hallelujah?

"Binge-watch," "FML," "SMH," "douchebaggery," "clickbait," and "YOLO" have all joined the illustrious pages of the world's fanciest English dictionary. All of those are great contenders, to be sure, but my eye focused in pretty quickly on "binge-watch." The reasons for this are obvious: Binge-watching is an activity I hold very near and dear to my heart. Which is why I immediately set out to find out how these Oxford peeps would be defining it.

Reports on the exact definition of any of the "new" words were frustratingly vague — but I did find this definition on Oxford Dictionaries, and I can't imagine the official one will be much different:

Watch multiple episodes of (a television programme) in rapid succession, typically by means of DVDs or digital streaming: 'you can binge-watch the entire season with this set'

Like many dictionary definitions, though, something is missing here. This doesn't capture the true spirit of binge-watching. And so we, as citizens of the world, must fill in the gaps.

So here's some of what was missing:

This definition includes absolutely no mention of pajamas. This makes sense — it's the Oxford English Dictionary, I suspect they enjoy keeping a certain air of class around the proceedings even as they add "YOLO" to their pages. But pajamas, or at the very least the comfiest clothes you have at your disposal — are a key part of the binge-watch.

It takes a certain amount of dedication to commit to so many hours in front of a single show. Do you know how long Buffy the Vampire Slayer is? Friday Night Lights? Or even just to finish one season of House Of Cards? They're well worth the time, but you gotta show some respect for the hustle.

It is imperative to shift lounging positions at least once an episode. Only noobs risk bedsores.

The judgmental gaze of the outside world

"Oh, hey roommate. Yes, this is the fourteen episode of The Fosters I've watched this fine Saturday. No, I don't know why."

Some people are just not built to understand the glory of bingeing an ABC Family drama.

The deep dread of realizing you have to pee

I am by far the most bitter about my regular bodily functions when I'm neck-deep in Scandal.

One cannot binge without sustenance. I would be hard dollars that Grubhub and Seamless owe big chunks of their business to Netflix binges.

Whether it's drying out your contacts or having so stow away your phone after looking at too many screens for too many hours, we gotta acknowledge how annoyed our eyes get.

Wanting to binge a show that's not on Netflix

We all have our ways. But it can be a bummer.

More like this
What’s New On Netflix: 'Never Have I Ever' & 'Indian Matchmaking' Return
By Arya Roshanian
Everything To Know About The HBO Max & Discovery+ Streaming Service Merger
By Brad Witter
What’s New On Netflix: 'Bridget Jones’s Diary' & 'Monster-in-Law'
By Arya Roshanian
'Indian Matchmaking's Pradhyuman & Ashima Have Made No Secret Of Their Marital Status
By Brad Witter
Get Even More From Bustle — Sign Up For The Newsletter