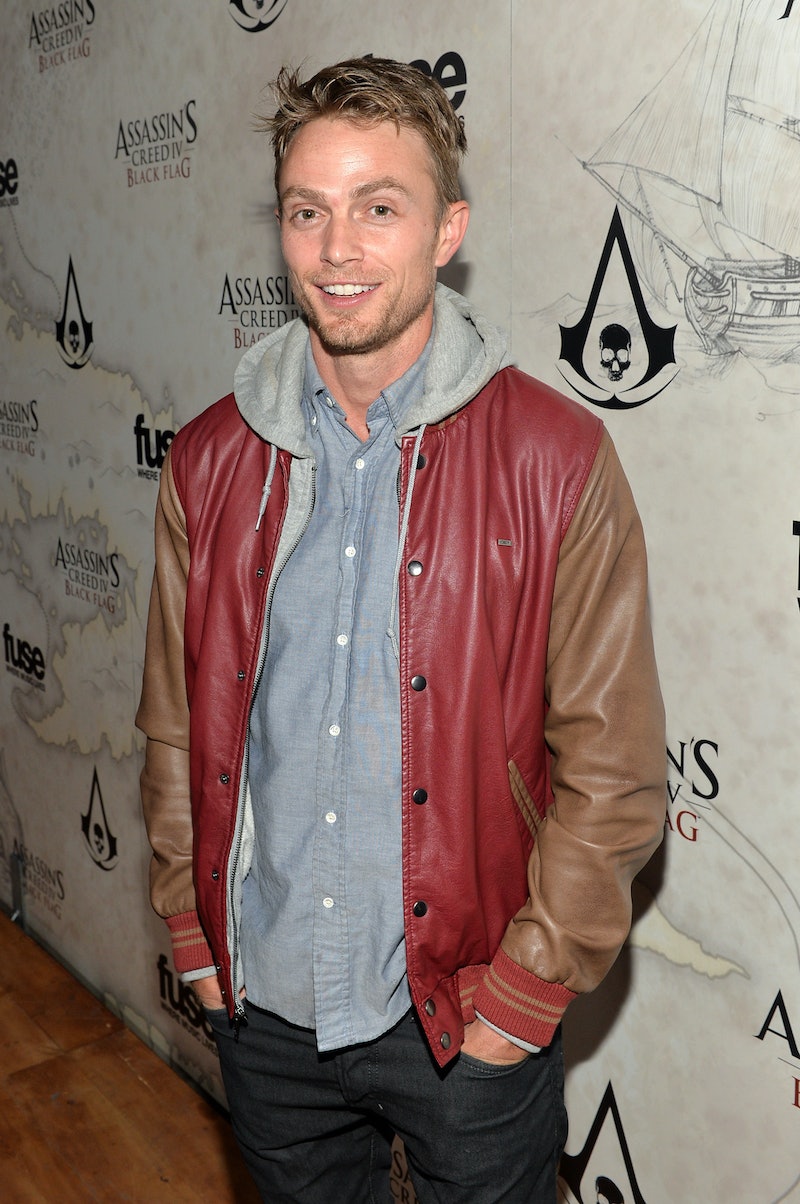 I'm nurturing a recent breakup by watching reruns of the CW’s Hart of Dixie, and while watching, I slowly came to the realization that I’m in need of my own Wade Kinsella. He’s super charming and wins me over every time he flirts with Rachel Bilson’s Zoe Hart. His smirk is so adorable, and don’t even get me started on his Southern accent. I need a Wade Kinsella in my life right now to cheer me up, and I'm mad at Zoe for being so stubbornly immune sometimes. As I sat and admired Wade bartending at the Rammer Jammer and playing guitar in his band, I became more and more convinced that I should date him because that's totally possible, right? Wrong. Seeing as I don’t live in Bluebell and am a real person, rather than a fictional primetime TV show character, I had to start looking into the real life Wade and searched if Wilson Bethel was dating anyone.

Let’s cut to the chase: yes. I know. It only made my already wounded heart even more sore because Bethel and I would make such a great couple. Alas, he is not meant to be my beau or gentleman caller or boyfriend, because fella is taken and my one-sided feelings will certainly not be returned. Here's how I came to this conclusion:

Back in 2012, around the time of Season 2, Cosmopolitan UK interviewed Bethel about the show and his love life. A few things I learned:

Of course Wilson Bethel has a girlfriend! Of course! And you know what? He also said something really sweet about how he prefers spending his time. “I spend a lot of time outside. I love the beach, hiking, spending time with my girl, and my dog Tucker.” A cute guy with a dog would be taken.

Bethel's girlfriend is actress Hassie Harrison, who guest starred on Hart of Dixie for one episode. She seems to be good friends with Jamie King, judging from her Twitter interactions and this photo of her on King's Instagram account with the comment, "God I love this chic[k]."

Bethel might not have mentioned Harrison during an interview with the website Really, but he did show that he truly was a doting boyfriend. He said, "I’m fond of the sunset hike, doing things outdoors — a little corny I suppose. And I like making things for a girl, like drawings. Or I’ll write poems or songs — I’m that guy." Why is this guy hearthrobbingly cool? A few other nuggets:

Harrison must check off all of these. Darn, I was hoping I could invest in my one-sided crush, but it's a little ruined now that I know he's taken. I guess that just leaves me to crush on one of the other Bluebell boys.