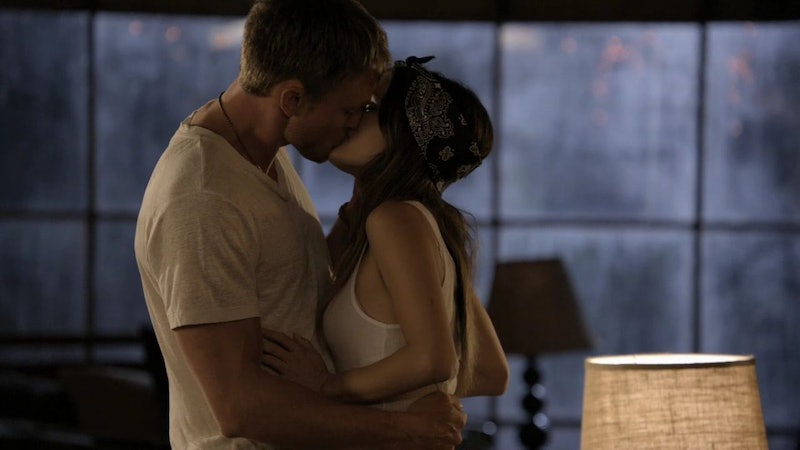 So, Hart of Dixie has to come back for a Season 4, right? Because we’re nearly to the end of third season on The CW’s Friday night drama, and Zoe Hart (Rachel Bilson) and Wade Kinsella (Wilson Bethel) haven’t gotten together yet. Zoe and Wade need to reunite on Hart of Dixie. We deserve Zade.

Yes, Wade’s cheating did lead to the end of their relationship and rightfully so. Zoe was all over the map emotionally then, and he was feeling vulnerable and acted out. But they’ve both done a lot of growing up recently. It’s time to rekindle that old flame and risk it all again.

They Complement Each Other

Both went in with some assumptions about who the other person was, and throughout the course of the series little by little those misconceptions have been cleared up. Wade slowly peeled back his gorgeous rough exterior to reveal his soft cushy insides to Zoe. He consistently goes out of his way to help her, and it gives her a break from being the person who fixes everyone else (from a literal sense considering her day job). Meanwhile, she found out that safe is attractive but it doesn’t necessarily create much passion. Remember, Judson Lyons? Yea, we try not to either. Where Zoe is safe and mild, Wade is messy with just the right touch of danger.

This Kind of Magic Cannot Be Denied

Whether they are arguing or flirting, Zoe and Wade’s interactions are the best. Don’t believe me? Just look at these two:

Time Is Of The Essence And The Obstacles Are Getting Old

In the beginning, it seemed the show’s creators wanted George Tucker and Zoe to be endgame, and we were supposed to hate Lemon Breeland, so we’d be okay with Zoe coming in and interrupting their wedding plans. But after Wade entered the picture fans quickly abandoned that ship. For the few of you still stranded over there, join us. Their small spark of chemistry was cute at first, but in the end, if I may borrow from Scandal here, she always seemed like little more than his "Door Marked Exit." He wasn’t ready to marry Lemon and Zoe was there to help him appreciate that.

Most recently, Wade’s been dating Zoe’s cousin Vivian. However, after her ex-husband re-entered the picture recently, the writing was splattered all over the wall. No one is surprised. Any relationship based on advice from Tansy was sure to end poorly. Plus, Vivian seemed like nothing more than a vehicle for Zoe to realize that she still has feelings for Wade and needs to stop pushing him away. It also helped us see how Wade has matured in during the latter half of the season. We get it and now that the lesson is over, we’d like the rump-shaking to commence.

We’ve done the prep work and laid a solid foundation for them to be the one relationship on the show that lasts forever. We’ve entertained outsiders, endured several misunderstandings and one very sad break-up. It’s time Zade gets together for good. If not for their sake, then for ours. We’ve earned it.

More like this
Martin Hancock’s Wife Played A Key Part In His Return To 'Coronation Street'
By Catharina Cheung
Paapa Essiedu Likes To Keep His Relationship Pretty Private
By Maxine Harrison
John Mulaney & Olivia Munn's Relationship Timeline Features The Comedian's First Father's Day
By Jordyn Tilchen
The ‘Love, Victor’ Showrunner Gave Fans Hope For A Possible Spinoff
By Brad Witter
Get Even More From Bustle — Sign Up For The Newsletter