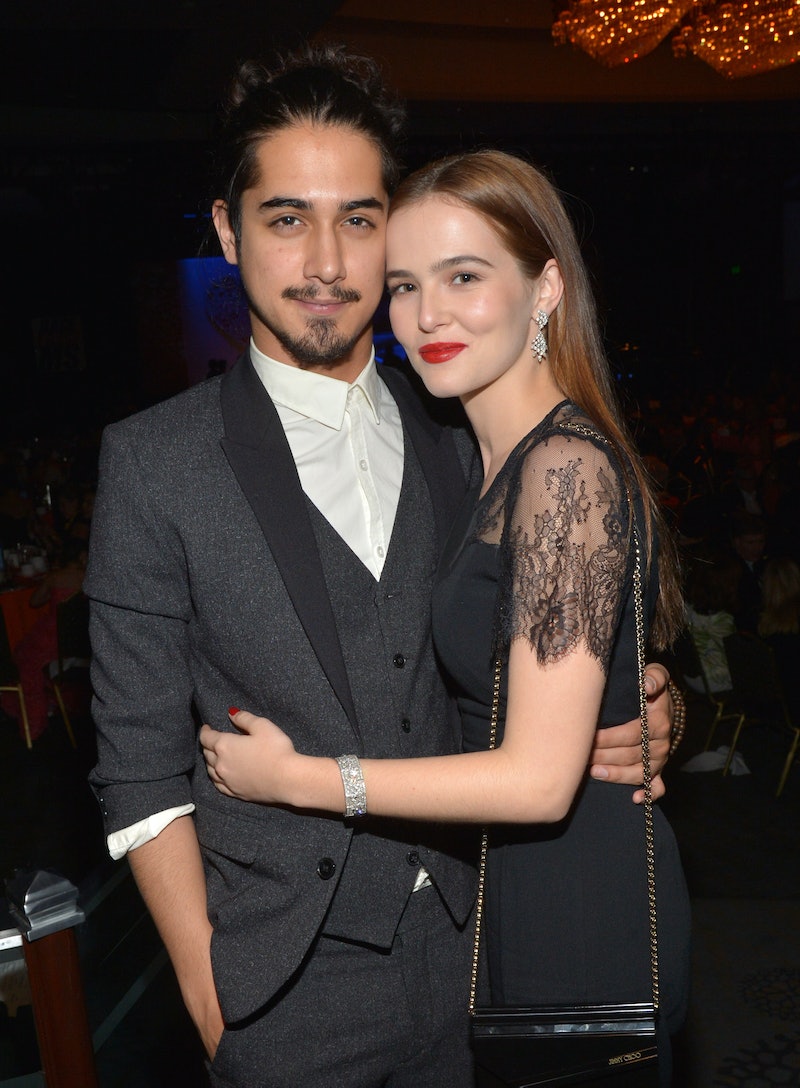 ABC Family is so much more than just the station that brings us Pretty Little Liars each week. It's also a connecting force between a very adorable young couple: Avan Jogia and Zoey Deutch. Jogia starred on Twisted (which will be missed after its recent cancellation), and Deutch has appeared on Switched At Birth. Ahh, a match made in TV heaven, right? This super-cute couple has been together for nearly two years. Dating rumors started back in 2012, when they attended the Kids Choice Awards together, and they've been inseparable ever since.

Before starring on Twisted, you may remember Jogia from his role on Nickelodeon's Victorious. As for Deutch, she's been in movies including Vampire Academy and Beautiful Creatures. So basically, they're both navigating Hollywood and scoring great acting gigs along the way. While it's easy to follow along with their careers, when it comes to their relationship, they're a lot more subtle. Sure, they may post ridiculously cute photos on social media. But while pictures say a thousand words, the two don't speak many actual words about being together.

In February, Jogia spoke briefly (and sort of vaguely) about having a relationship in the public eye in an interview with Glamoholic magazine. He said,

Maybe I’ve been lucky but I think that it’s mostly a choice. I think if you continuously choose to court the public’s attention to your relationship, you run the risk of asking them to pry more out of it, but it would also be a bit strange to totally ignore your significant other’s existence in public as well. So just trying to find the line that’s most comfortable is important. If you don’t want to be a spectacle don’t make it a spectacle, and hopefully mostly you’ll be left alone.

Since these two keep their romance under wraps, let's let the pictures speak for themselves. Using their adorable Insta shots, I've rounded up some possible scenarios of how the two met.

She mistook him for a chair

She was walking around and looking for a seat. Upon second glance, she realized, nope, that gray pattern is not part of a couch. It was Jogia's coat. But she sat down anyway, and the two began talking.

They went to prom together

Granted, this looks like the most awkward prom pose in America. But hey, whatever floats your boat.

They were out dancing

"Turn Down For What" came on at a club and they could't resist. As they were dancing, the two bumped into each other and it was love at first Lil John song.

She cheered him up

Avan was walking down the street super grumpy, but then a random passerby (aka Zoey Deutch) stopped to ask what was the matter. Her kindness made him smile, and they've made each other happy ever since.

They bonded over burgers

He just happened to walk into In-N-Out Burger and encountered a girl in sunglasses. They split some fries and a shake. Then they fell madly in love.

They met at a concert

A shared love of music (and cheesy photo frames) sparked a real connection between these two. Just look at all those cartoon hearts popping up!

Broadway brought them together

These two were in NYC and ran into each other while seeing a Broadway show. Their mutual appreciation of theater caused an instant connection.

It was all a blur

These two met so quickly that they don't even know how it happened — hence the blurry photo.

OK, these situations may be a bit far-fetched. But all that matters is that they're happily together now, right?