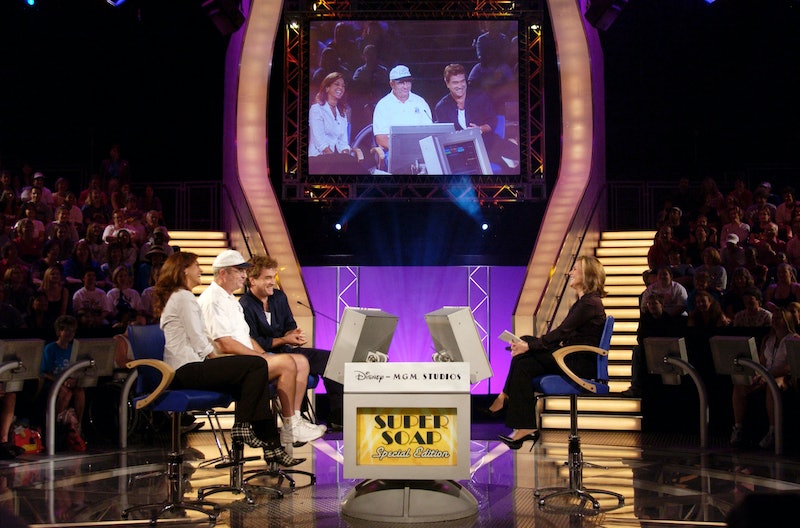 There's something really empowering about knowing the answer to a trivia question when someone else gets it wrong. So seeing as Saturday is the 15th anniversary of the Who Wants to Be a Millionaire? premiere, what better way to celebrate than with the show's biggest fails? I know, it's kind of terrible to judge these people when no doubt it was a very stressful experience for them and now their embarrassment is recorded for posterity on the Internet, but I just can't help but laugh when someone says that owls spray ink as a defense mechanism or that you get hiccups when you look at the sun.

And if it's any consolation to these people, at least they're in good company. A lot of people mess up in the game, and more often than not they seem to mess up on really easy questions. It's not just limited to Millionaire either, there have been some seriously stupid answers on Wheel of Fortune, Jeopardy, and Family Feud.

But their loss is our gain, so take a moment to watch the 10 dumbest Who Wants to Be a Millionaire? answers, and see if you can arrive to the correct one before they get it wrong.

In her defense, it took me awhile to arrive at the answer, too. Only when I did it, I got it correct. Boom.

APPARENTLY YOU CAN EMBALM STONE NOW

Out of all places!

THINK BEFORE YOU SPEAK

Always take one extra second before you say, "Final answer."

The initials were literally "achoo."

He had the right idea, if only he knew the game's rules. The answer was four, BTW. New Hampshire, New Jersey, New Mexico, New York.

THAT WOULD BE A TERRIFYING OWL

It's the worst when they're so confident in their wrong answer.

Hope this served as your intelligence confidence boost for the day!