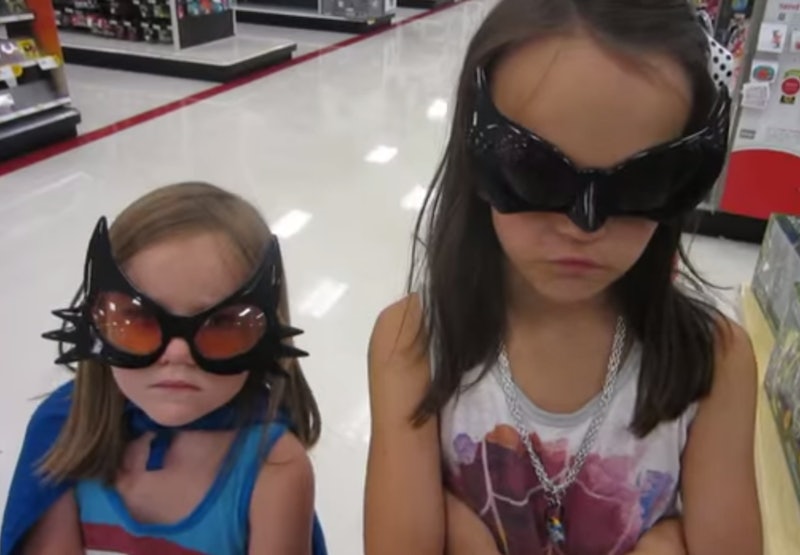 It's no secret that women's representation in the world of geek culture isn't the best. And as two little geek girls have found out the hard way, that includes finding female action figures based on their favorite movie characters. In a new video, "Anya & Stella vs. Action Figures," father John Marcotte shows what it's like trying to find action figures of female super heroes for his daughters. The results are depressingly predictable.

It's not enough that women are already under-represented in comic book movies, and that trying to make a movie exclusively about a female super hero is apparently too difficult for movie executives. No, apparently the few female main characters we do get aren't even given the same treatment when it comes to merchandising.

John Marcotte explains that even though he knows places where he could find figurines meant for adults, those are generally meant for collectors and are priced as such. Trying to find an actual kids toy version of Gamora for instance, is way more difficult than it should be. As Marcotte explains in the video's description, "Gamora is available as part of one of the two-packs of mini-figures. She is also available as part of the Marvel Legends series. Target was out of both of those and has been for weeks."

And is also out of just about every other female superhero who's managed to warrant an action figure. The only figurine the girls are able to find at their local Target is a mini Winder Woman figure that comes as part of a larger super hero set, priced at $50.

You know what, merchandising guys? I think you can do better.