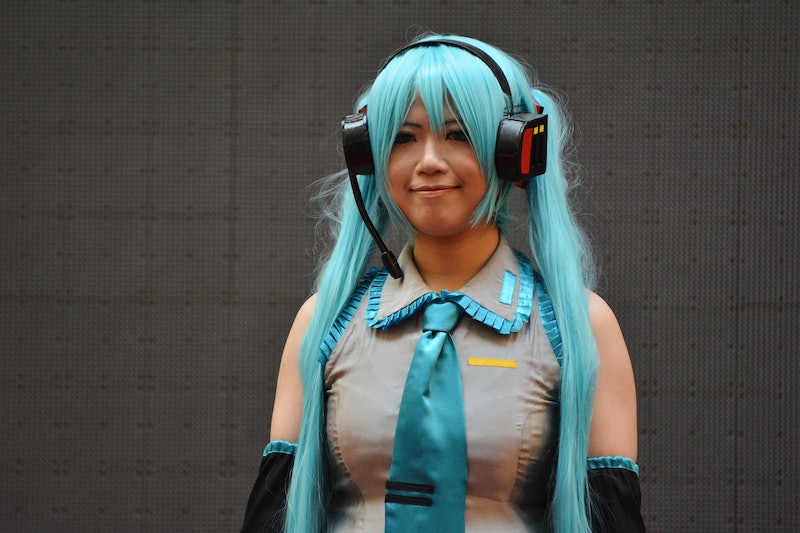 If you're into comic books, science fiction, gaming or other "geek" pursuits, you've likely heard about the "fake geek girl" controversy, which basically entailed a dude writing a CNN op-ed decrying attractive women who are into cosplay because they're not authentically or emphatically "geeky" enough. It's been a source of contention in the geek community for about a year, most recently with "fake geek girl" stickers used to harass women at a recent convention.

The Doubleclicks, a pair of folk-singing sisters from Portland, have had enough of the debate about girls in geek culture. So, they created an awesome music video for their song "Nothing To Prove," complete with fan submissions from women and men, holding positive, supportive signs.

Pretty cool, right? Even if you're not a geek, it's awesome to see a group of people proudly expressing their identities and supporting both commonality and uniqueness among geeks.

More like this
Tristan Thompson Plays Drake’s Best Man In A Music Video Wedding With 23 Brides
By Grace Wehniainen
Adele’s All-Female Lineup Includes Kacey Musgraves, Mahalia, & Self Esteem
By Shahed Ezaydi
Christina Aguilera Had A Mini "Lady Marmalade" Reunion With Mya At LA Pride
By Jake Viswanath
BTS Announced An Indefinite Hiatus & The ARMY Is Freaking Out On Twitter
By Sam Ramsden
Get Even More From Bustle — Sign Up For The Newsletter