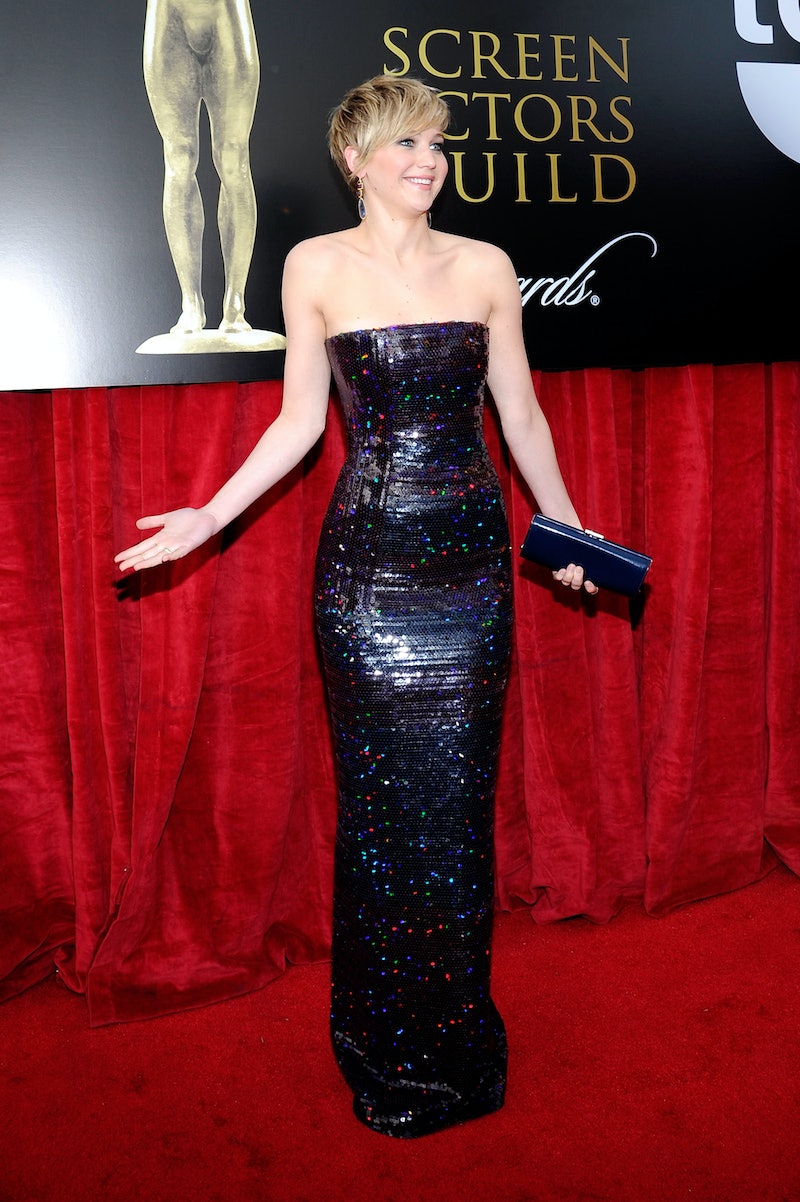 Jennifer Lawrence is known for a lot of things. Most of those things happen to be tripping, cursing, shaking her arm fat, and fangirling, but a few of them have to do with her absolutely #flawless performance as Katniss Everdeen in the phenomenon that is the incredible Hunger Games trilogy. In November's Mockingjay , Jennifer Lawrence will reprise her role as Katniss and bring us some more badass-ery. Few characters based on a YA series have ever been played with the amount of sensitivity and depth that Lawrence brings to the bow-slinging heroine. Had the part gone to a lesser actress, or had the script been anything other than what it was, we might have had a Twilight situation on our hands (no offense, Bella) (haha jk, so much offense). Thankfully, all the films so far have been a popular and critical success, most of which can be attributed to the lovable, GIF-able Lawrence.

To narrow down the best aspect of her role to just one thing in either film, The Hunger Games or The Hunger Games: Catching Fire, would be about as impossible as trying to decide which part of Josh Hutcherson, also known as Peeta Mellark, is most adorable. In honor of Lawrence's 24 years on Earth as of Friday, we can instead roundup the top 24 moments that Katniss gave us major feels.

This line is now straight up iconic, and comes in handy for many situations in everyday life (ex. "Does anyone want the rest of my burger?" "I VOLUNTEER AS TRIBUTE").

There's enough emotion in that one look to fill 1,000 cornucopias.

In this epic moment, Katniss basically flipped off the entire country. Suck on that, President Snow.

I nominate Katniss Everdeen as the next spokeswoman for Pantene.

Not everyone can pull off such a heinous knit shrug (seriously, that thing is verging on Ugly Betty territory), but Katniss does it with ease.

The sass is real.

If this scene didn't make you want to roll over and die, then you're tacky and I hate you.

She runs faster to those berries than I do when I see a fro-yo place. That's talent.

I'm pretty sure she was speaking to a frozen pizza in this scene, but I can't be sure.

So Cinna. Much fabulous. Wow.

Even when she's one second away from death, Katniss somehow still looks amazing.

Remember that time she thought it would be cool to touch the poison gas? That was fun.

I'd smile like that if I were a foot away from Liam Hemsworth, too.

Sarcasm is a really good look on Katniss.

This definitely should've been in the movie.