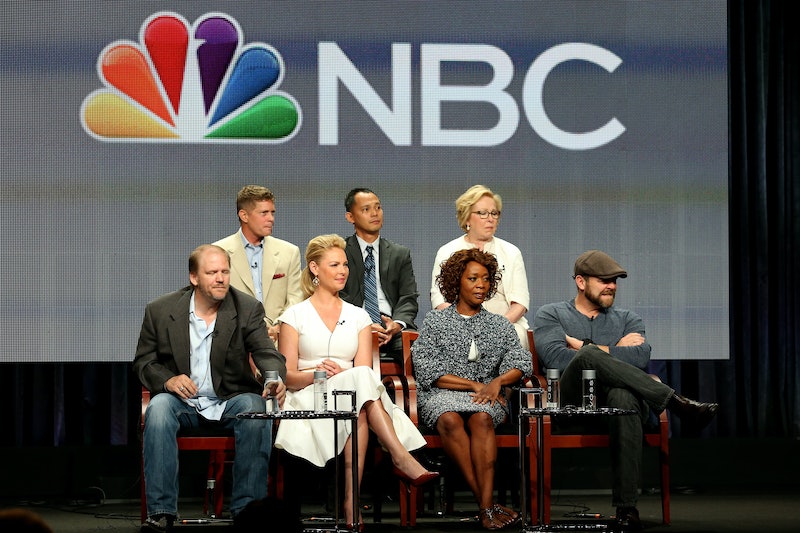 Though I’m actually a huge Katherine Heigl fan (probably due to my unhealthy obsession with rom-coms), I can’t ignore the fact that there tends to be a lot of drama that surrounds the actress’s work. Though many have claimed that the Grey’s Anatomy star is not the best actor, and that she and her mother have been difficult to work with, the most recent news about Heigl’s upcoming show, State of Affairs, doesn’t involve her for once. Actually, the fact that State of Affairs showrunner Ed Bernero is leaving the NBC show isn’t Heigl’s fault at all.

After some reported differences between Bernero and the executive producer and director of the show, Joe Carnahan, Dario Scardapane is taking over as the new showrunner. Although there are probably a plethora of reasons as to why Bernero decided to leave (and I’m sure they’re probably reasonable), he’s leaving a pretty awesome-looking show that I’m sure will gain a lot of attention. After all, government shows are pretty popular nowadays when you take Scandal, House of Cards, and Homeland into consideration.

However, while the loss of Bernero definitely isn’t great since the show is supposed to premiere this November, Scardapane comes on board with TV experience through shows like Trauma and The Bridge.

Although I’m sure there’s some added pressure in order to guarantee success for the show, I’m positive that with such a stellar plot and participating actors like Alfre Woodward, State of Affairs will do just fine.

More like this
What’s New On Netflix: 'Stranger Things' & 'Mean Girls'
By Arya Roshanian
Hannah Khalique-Brown Has Her Sights Set On 'Strictly'
By Frances Stewart
'The Undeclared War' Spotlights The Real-Life Threat Of Cyber Attacks
By Maxine Harrison
Here’s Everything Coming To & Leaving Netflix In July
By Grace Wehniainen
Get Even More From Bustle — Sign Up For The Newsletter