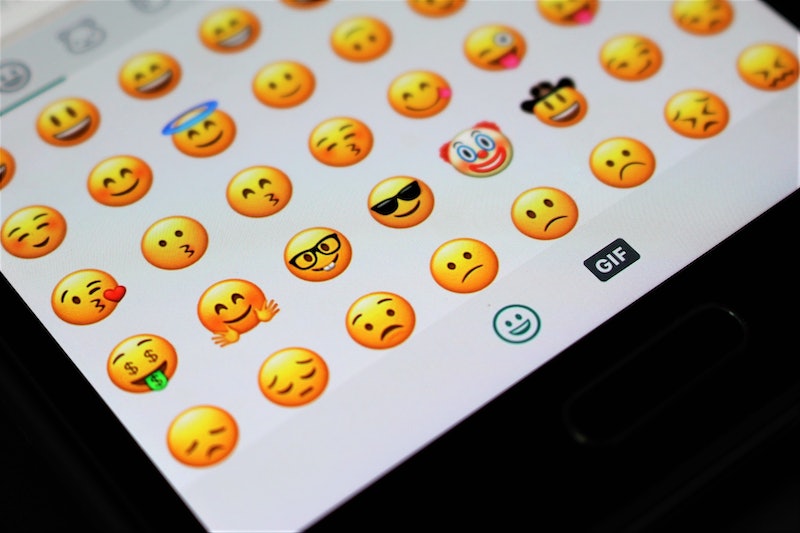 Most people would agree that when it comes to relationships, communication is key. But what if your communication only involves emojis? One couple decided to try just such an experiment, and for an entire month texted each other nothing but emojis. And miraculously, they didn't break up. Though it probably helped that they lived together and could talk in person all the time.

Liza and Alex had been together for almost two years when they first started the experiment, which was a challenge from New Tech City, the radio show for which Alex is a producer. They started by downloading plenty of apps to help them and getting as many emojis as they could. They then got their emoji vocabulary straightened out by deciding which emojis represented themselves. Because it's hard to communicate if you don't even know which icons represent which person.

But even with all the prep work, it was unsurprisingly challenging. "I am not a visual thinker," Alex told New Tech City after the experiment was over. "But my girlfriend . . . she is very effective with visuals." But in spite of this difference in skill, they say they were excited to try out this challenge to see if it could actually improve their communications as a couple.

Over the course of the month, the two had their fair share of confusing messaging sessions — emojis, go figure, are not all that useful for making definite plans. But when it came to emotions, emojis turn out to be great. "I found myself willing to send a lot more what you might call cheesy, affectionate messages," Alex says. While writing "I love you" or "I miss you" might get repetitive or not come off as truly heartfelt, sending images to represent those emotions resonated a lot more.

Still, trying to figure out literal meaning could be difficult, and trying to communicate more serious emotions sometimes felt strange since most emojis are pretty cutesy.

Despite the limits of emojis, at the end of the 30 days of their experiment Alex and Liza not only hadn't ruined their relationship, but they'd felt like the emojis had actually given them a lot of insight into the way they communicate.

You can listen to their whole interview on the experiment below and check out images of their texts on New Tech City's website.