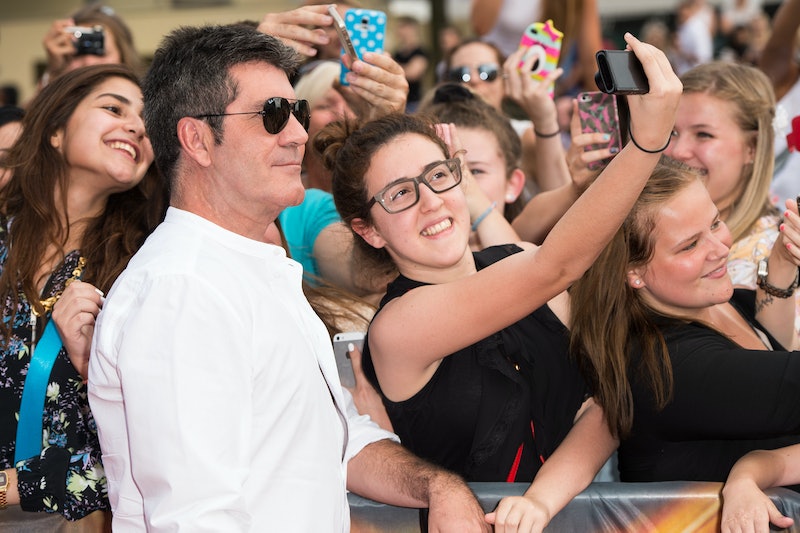 Simon Cowell may often be recognized as one of the most brutally honest judges from his time on American Idol and The X Factor, but many people often forget that he was also semi-responsible for many famous singers like Chris Daughtry, Kelly Clarkson, Jordin Sparks, and Carrie Underwood. Not to mention, his clever decision to put together boy band One Direction has seen success worldwide, proving that even though he can sometimes be an arse, at least he’s a smart one. That’s why Cowell’s prediction that One Direction might break up in a few years could actually be on point.

In an interview with the Daily Star Sunday, Cowell was quoted saying, “Bands don’t stay together forever,” and “I think they will make at least two more albums together and they are in the middle of one right now.”

Many Directioners probably don’t want to hear it or even believe it, but even the greatest boy bands like *NSYNC don’t last forever. The Backstreet Boys might be together but even they aren’t faring too well now that they’ve all aged. And after all, those working with the band have already taken some flack in the past for limiting Niall Horan and Louis Tomlinson’s singing in many of their songs, while Zayn Malik has already taken an interest in rapping.

None of these things are of major concern right now, but it just goes to show that there’s a slight possibility that one of the boys could eventually branch out for a solo career, and that their fans should be prepared for it when it happens.

However, when Cowell was later asked if he thought Harry Styles would be responsible for the break up by being the first to leave the band, Cowell tried to reassure everyone that the split probably won’t happen for some time but that it’s definitely inevitable.

“No, I don’t think that is going to happen for a while,” Cowell said. “Eventually I am sure they all will.”

So far it seems that all the boys are enjoying their time together as 1D, and even I think they’ll stick around for the next few years. But then again, boy bands come and go and new ones are brought into the spotlight. After all, look what happened to the Jonas Brothers.