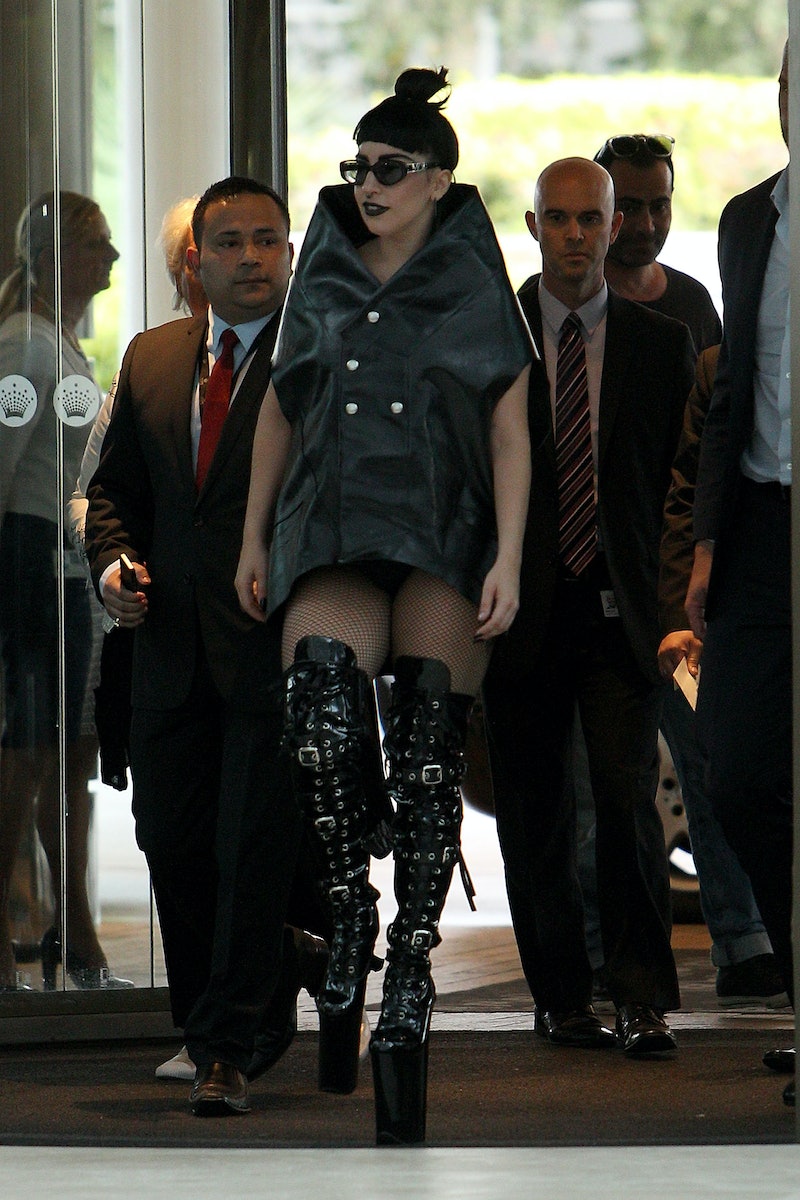 One never knows what to expect from Lady Gaga's style inspiration. After all, this is a woman who wore a meat dress to an awards show, something even the most stalwart of carnivores wouldn't dream of doing. Gaga is currently going through a "wearable" period, if wearable to you means Korean cartoon characters and a princely neck ruffle. And just when we thought we'd seen it all, Gaga went and pared down her look. But this certainly doesn't mean she's been boring lately — just that she's turned beyond the meat aisle at Stop and Shop for inspiration.

Don't get me wrong — this is still Gaga of the towering Alexander McQueen boots and big hair. She's not so much toning things down as she is exploring new avenues of style. And I like it! Exploration looks good on her (although the black hair/black eyebrows/black lipstick thing could afford to be put to rest).

In the interest of anthropological study, I've taken a look at Gaga's recent muses over the past few weeks and rounded up some of the most interesting. She's been channeling everything from screen sirens of yore to members of the 27 Club to mythical creatures. Prepare to be inspired.

A goth girl of the Hot Topic variety

The buckle-bedecked platform boot is a goth staple that has long been appropriated by the pseudo punks over at Hot Topic. Gaga channels the look to great affect with a leather shawl dress and shoes that could kill a man.

With wing-tipped eyeliner, saucy lingerie, a black bouffant, and arm tats, Gaga is a dead ringer for the late Amy Winehouse.

Here Gaga channels another major gay icon, Boy George. The hat/long dark hair look was his signature back in the day. I do wish she'd taken the tribute to another level with some streaky tear-drop eye makeup.

This one is pretty obvious. I mean, there's a freaking shell bra printed onto her jumpsuit. Ariel would be SO jealous of this under-the-sea look.

For Gaga's Marina Abromovic-esque Ice Bucket Challenge video the singer donned a studded cutout bodysuit that could easily suit a Lady of the Night.