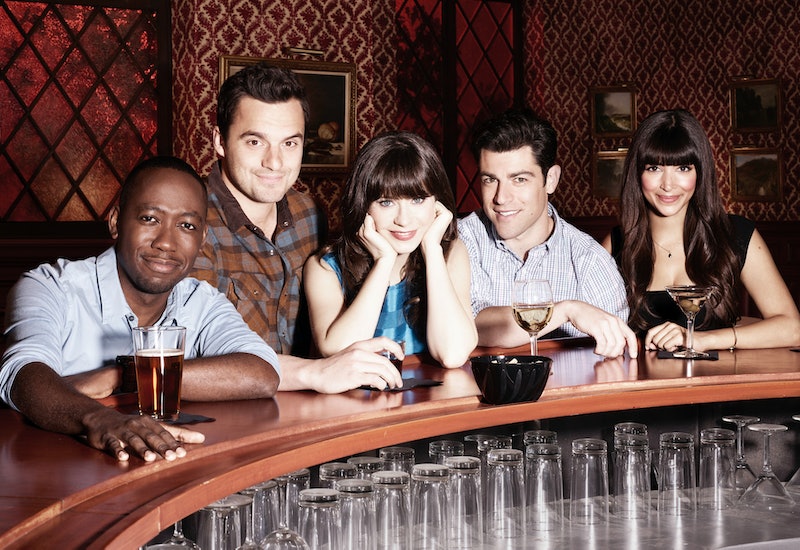 If you weren't already excited about Jessica Biel's upcoming appearance on New Girl , now might be the time to start. Because, dear friends, Biel utters some great words in the first teaser for New Girl Season 4. Those words are "Oh, Is that an earthquake? No, that was just my butt moving." Classic. Subtle. Great.

It should be noted that the "teaser" itself is rather disappointing: It's about five seconds of new footage, sandwiched into Lamorne Morris (Winston!!) interviewing the cast of the show at the Let's Be Cops premiere, starring New Girl's own Jake Johnson. They all seem pretty psyched to have Biel around for the episode, and it seems from the clip that the 32-year-old actress is happy to be there, putting more space between her current self and her former role as Mary Camden.

Biel's been kind of off the radar of late, except for when people bring her up in tandem with her husband Justin Timberlake, so this guest appearance offers her a potentially great space to bust her comedy chops for all the world to see. She'll be playing a woman Jess is competing with at a wedding — they've both got their eyes on the same fella, and it would appear that Biel's character has no qualms using her wiles to get her way. Given how great Linda Cardellini was in her guest appearances as Jess' sister last season, I've got faith New Girl can keep the guest spots crackling.