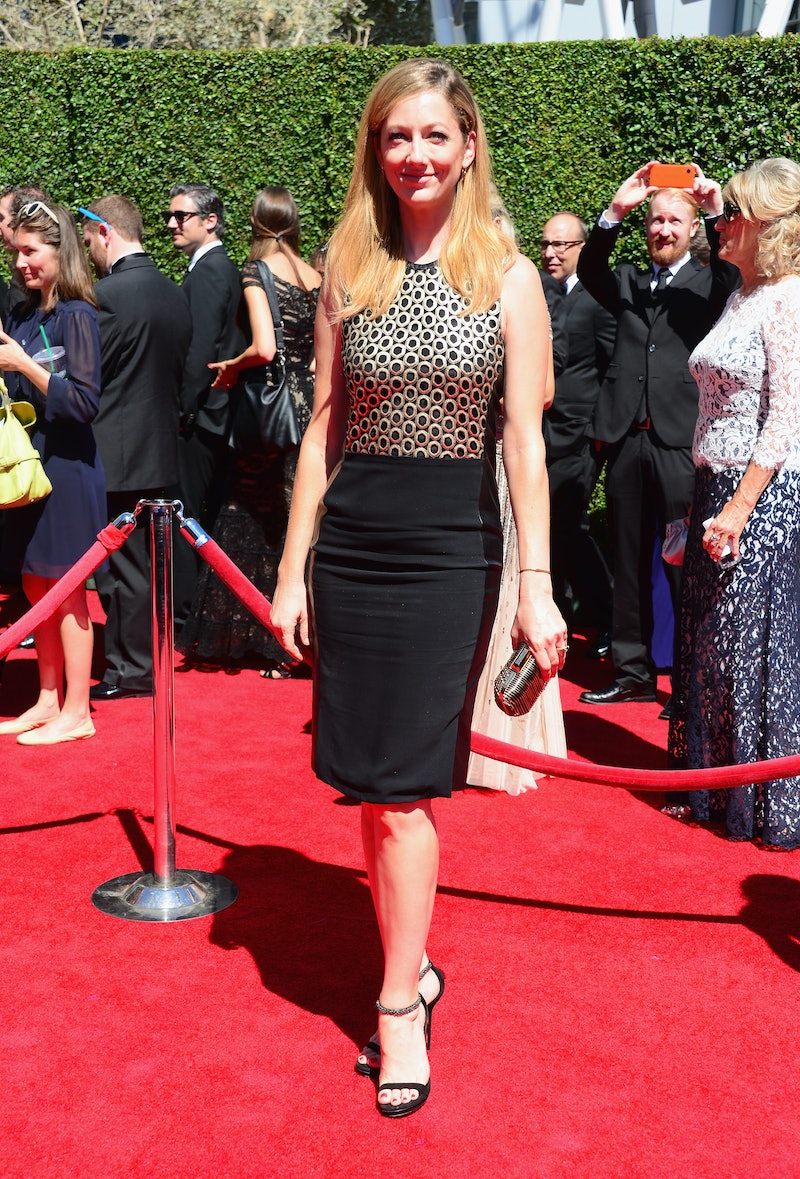 Is it just me, or has Judy Greer undergone a sort of style transformation? I mean, taking a look at Greer's red carpet history, it's not like her style has ever been bad — in fact, maybe I just think of her as unfashionable because of Kitty Sanchez's ever-memorable "Glasses off. Glasses on. Hair up. Glasses off. Down/on. Have we done up/off?" scene (and of course, her comically uneven headlights) on Arrested Development.

But confusion between the real-life Judy and the madcap character she so wonderfully played on the beloved TV show (which is coming back for Season 5... eventually) aside, Greer has seriously been bringing it fashion-wise during her last handful of public appearances. And, apparently, her revamped image has a purpose: She's finally making the metaphorical move from bridesmaid to bride, at last boasting a starring role on FX's Married. Prior to the starring role, Greer had been the butt of her fair share of "who's that girl" jokes, and proved she's even part of the joke in her autobiography, which was titled I Don't Know What You Know Me From: Confessions of a Co-Star.

So now, as she promotes her starring vehicle, she's hit the red carpet with a renewed sense of purpose. Let's take a look at her best ensembles!

At the Creative Arts Emmys

She wore Reed Krakoff this weekend, and did the metallic trend right.

On The Late Show With David Letterman

At the Married LA Screening

Shiny Suno never did anyone wrong — it's the kind of look well-worth emulating. Side note: Her hair game is still A+.

What do you think of Judy's new look? Personally, I'm on board — and happily awaiting more fabulously styled ensembles and perfect hair... and TV success, of course.