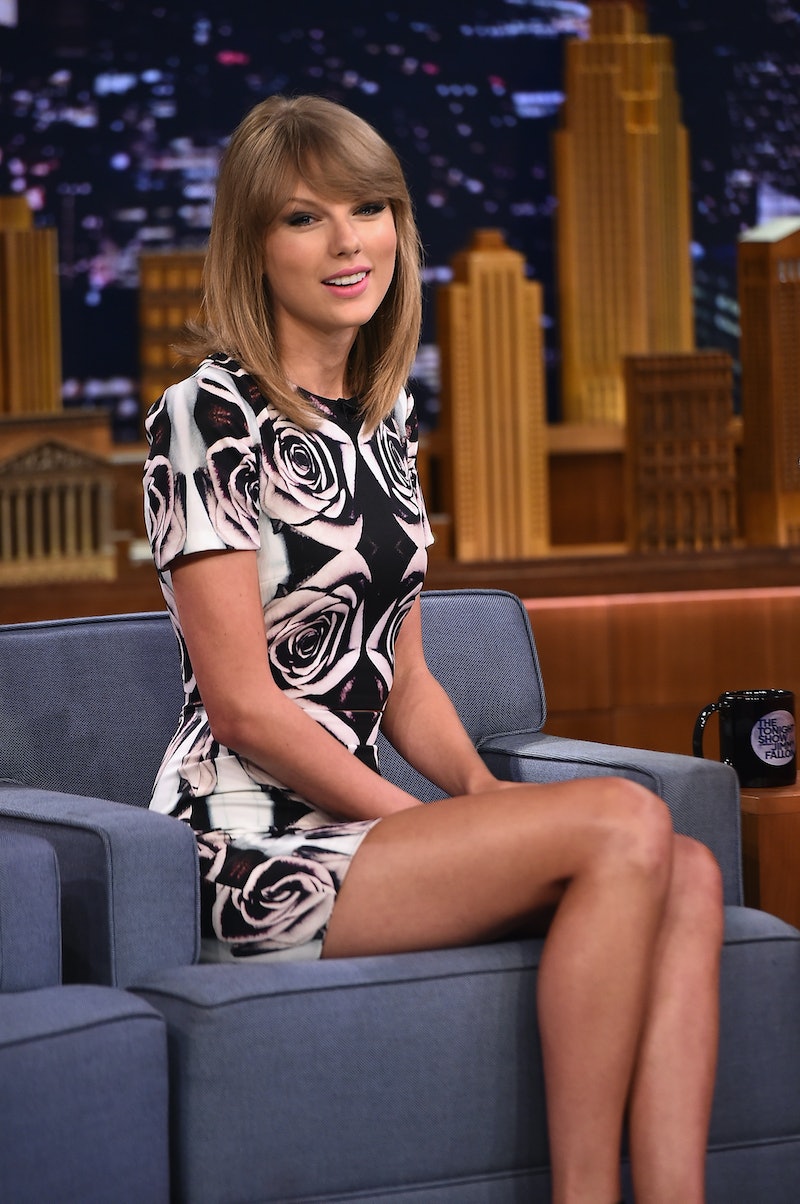 On Monday, Taylor Swift revealed some exciting details about her new album during her Yahoo worldwide live stream event. Finally! Swift teased fans with mysterious clues on Instagram for two weeks before revealing her plans to hold the event, and even then, she was still pretty tight-lipped about what they could actually expect when they tuned in. Well, we now know that Swift's new album is called 1989 and it will be released on October 27. Some of us (*ahem*, me) have been speculating about when Swift would release new music for months now, so it's such a relief to finally have some official information from Swift herself!

Swift's last studio album, Red, was released in October 2012 and sold 1.2 million copies in its first week. Red's lead single, "We Are Never Ever Getting Back Together" went on to become Swift's first number-one record on the Billboard Hot 100 chart. So, what can we expect from Swift's new album?

In June, Scott Borchetta, the founder of Swift's record label, Big Machine Records, announced that Swift had worked on "most of" her new album with pop super producer Max Martin. During the live stream, Swift called 1989 her first official pop album (!!!), and said that it was inspired by "late '80s pop" because she "loved all the chances" musicians were taking at the time. She also said that "bright colors," "bold chances," "rebellion," and "endless possibility" were album themes. Finally, she gushed that 1989 is her "favorite" album that she's ever made. I'm hyperventilating, basically.

Swift also debuted the cover for 1989 during the live stream: A retro polaroid shot.

That's all the information we have about Swift's new album, 1989, so far! Stay tuned, as I'm sure more details will be revealed in the coming days and weeks.