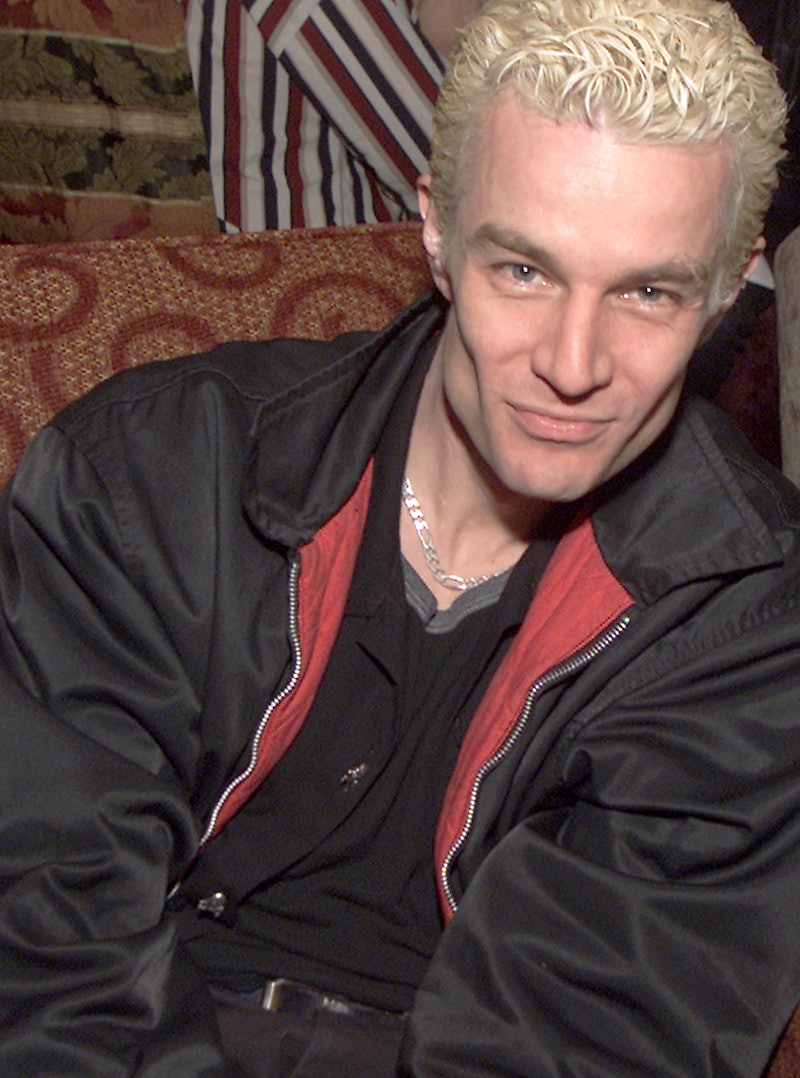 Some may say vampires have more fun, but with all the media love they get, it's nice to see the witchier end of the supernatural spectrum finally get its due (seriously how many times can a girl binge through Charmed? The answer is a lot, but still). What if those two worlds were to collide? Lifetime's Witches of East End welcomes guest star James Marsters of Buffy the Vampire Slayer fame this Sunday. Does the name not ring a bell? Well, perhaps he's more recognizable by his character, Spike.

That's right, Marsters used to play everyone's favorite frosted blonde vampiric bad boy. His character on the show was complex and he went from baddie to goodie by the show's end. So let's face it, he was a way more interesting love interest for our dear Slayer than Angel.

TV Line reports that Marsters will play Tarkoff, a mysterious old friend of Joanna's who reappears in her life. Writer and producer for the show Richard Hatem announced the casting choice on Twitter with the hashtag #DarknessIsRising, so we'll have to wait and see if Tarkoff will bring good or bad tidings with him, amidst all the other intrigue and theories surrounding the show.

So we know all about Marsters new gig (spoiler— he seems to have ditched his frosted coif for the time being), and we definitely know all about his biggest role, but what else has the actor been up to? Well for one, he's got a pretty solid musical career. Remember the musical Buffy episode "Once More With Feeling"? Marsters told 411mania that he was initially terrified it was a "career ruiner" since creator Joss Whedon had no musical composition background. His fears probably stemmed from the fact that Marsters himself has a musical background, and pursues the singer/songwriter route. He is also a member of the band Ghost of the Robot. Obviously, Whedon's lack of musical experience didn't hinder the episode and the actors were able to pull off a pretty great piece of television history.

As for his bleached locks, Marsters did intentionally ditch them, but for a good cause. Following the end of Buffy spinoff Angel, the former vampire went on On-Air with Ryan Seacrest and shaved his head live in front of an audience. The hair was later auctioned off to raise money for the Elizabeth Glaser Pediatric Aids Foundation and raised at least $20,000.

As far as his personal life is concerned, in 2011 Marsters married Patricia Rahman in Los Angeles. It was his second marriage, and he admitted to People it took about six months for the two to link up because Rahman had gotten his digits off by one number and tried every combination until she got it right.

Witches will no doubt be a few shades more interesting once Marsters character debuts— where will he fit in with the other characters' plotlines in this season? The show's creators are keeping it shrouded in mystery for now, so to find out you'll just have to watch the episode Sunday night at 9 p.m. on Lifetime.