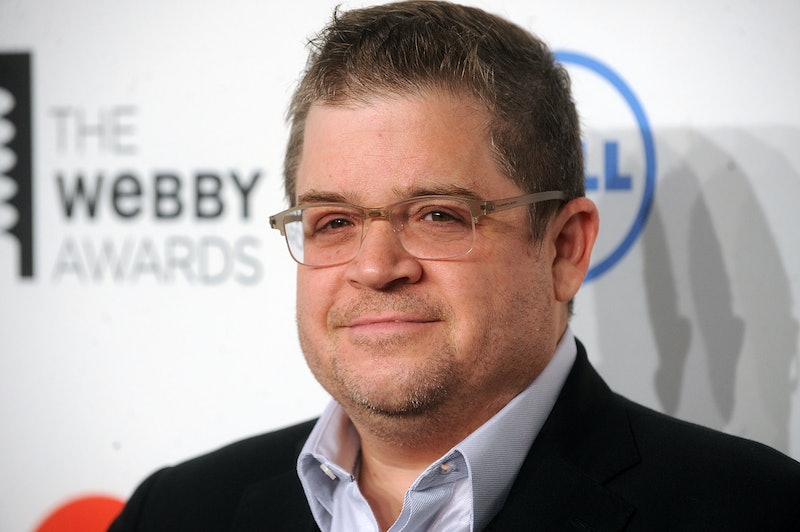 Oh, how we've missed you, Fire Marshall Boone. According to Entertainment Weekly, Patton Oswalt is returning as a guest-star on Season 2 of Brooklyn Nine-Nine , which means that we can expect a fire truck-load worth of trash-talking to come along with him. Oswalt previously appeared in two episodes of Season 1 as Boone, a member of the FDNY who has a serious grudge against the NYPD, specifically the I-do-what-I-want Jake Peralta (played by Andy Samberg). Of course, the grudge isn't one-sided — Peralta has just as strong of a distaste for Fire Marshall "King Doofus of Doofus Island" Boone as Boone has for the inept-yet-successful detective — and things get heated no matter whether they're playing against each other in a football game or punching each other over a burned down pizza shop.

Taking to the field once again, EW reports that the FDNY will face the NYPD in another football match, only this time Boone is set to bring ex-NFL wide receiver Terrell Owens as a secret weapon to defeat the Nine-Nine's delicate-as-a-flower powerhouse, Terry (played by Terry Crews). Basically, this upcoming game is going to be a battle of the idiots, and someone is sure to get hurt, either physically or emotionally. (Any guesses for how long it will take Peralta to make Boone cry and start talking about his mom's dishware?).

Given that whenever Oswalt shows up on Brooklyn Nine-Nine, there's usually some weird competition between the NYPD and FDNY, what other potential showdowns could be in the show's future? Take a look at some of the battles we'd love to see all of the characters involved in:

Detective Boyles would most definitely take the lead on this one. We're sure he has family recipes on him at all times. Plus, there'd probably be a food fight.

Grown men and women in uniforms competing to see who can sell the most cookies for a good cause? Yeah, that's sure to get some laughs. (And something tells us Amy Santiago is the one who's going to heat things up and take this "friendly" competition to the next level.)

A survival competition in the woods

Okay, this would be great. Just imagine the Nine-Nine trying to work together to build a fire... and then the FDNY dousing the flames in water. Oh, the tomfoolery!